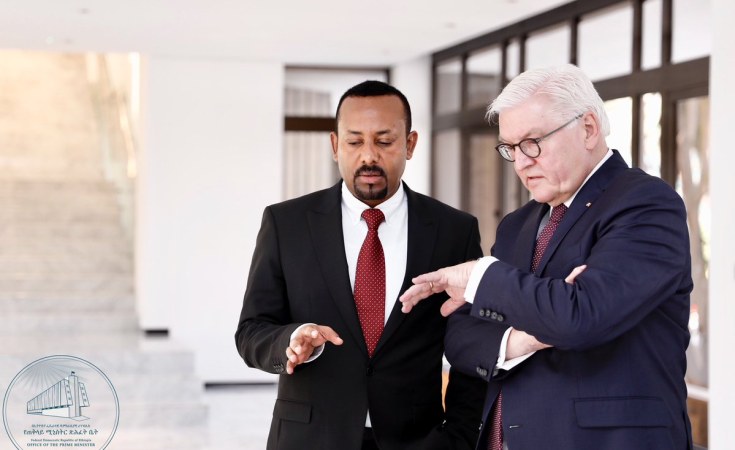 They discussed on ways of enhancing relations between the two countries in the areas of trade, investment and other business sectors.

President Sahlework Zewde said that "the visit of the President of the Federal Democratic Republic of Germany is not only vital but also important as the country is under ongoing multiple sets of reforms."

His visit helps to further strengthen the historical relations between Ethiopia and Germany, which dates back to 1900s, she added.

President Sahlework stated that they discussed on ways of boosting their relations in terms of trade, investment and people to people relations.

"Germany is the right development partner of Ethiopia, we would like to continue and improve it further," she noted.

She expressed Ethiopia's commitment to work closely with the government of Germany in the regional peace and security issues in partnership with German Security Head Quarter in African Union.

German President, Steinmeier on his part appreciated the ongoing reform in Ethiopia and parity of women in the cabinet.

He added that the nomination of half of women in the cabinet promotes women's participation in the political arena of the country.

"It is a role model for African and beyond; you cannot find country that its cabinet consists of 50 percent of women," the President indicated.

He stated that the reform sent a message across Africa and will correct the image of the continent in terms of politics and development to the rest of the world.

The reform undergoing in Ethiopia creates new opportunities and potential for enhancing bilateral relations between Germany and Ethiopia, he noted.

Germany supports the reform in the country in terms of giving vocational training for the youth and investment in different sectors of the country.

In the last 50 years Germany has been supporting incentives in education, health, technical and vocational trainings and biodiversity.

Currently, there are 35 German companies in Ethiopia engaged in different investment areas. 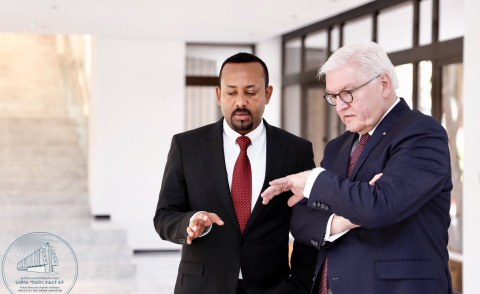