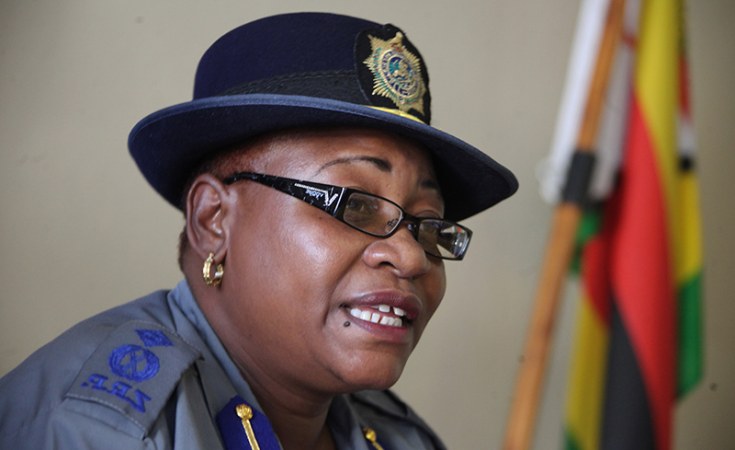 POLICE have confirmed arresting 36 children for allegedly taking part in the recent violence that rocked Harare, Bulawayo and some parts of the country.

Addressing the media Tuesday, national police spokesperson, Senior Assistant Commissioner Charity Charamba also revealed that over a thousand protesters have since been arrested in the aftermath of the country's worst public disturbances since the 1998 food riots.

"Before we came to this briefing, we inquired with all our police stations across the country. Some children were arrested during the recent civil arrest and so far we are aware that 14 were arrested in Braeside (Harare) and 22 in Chitungwiza.

"All the children arrested were released into the custody of their parents and guardians.

"Probation officers are also involved and all interviews will be conducted in the presence of their lawyers or guardians," Charamba said.

The Zimbabwean government has come under fire for visiting brutalities on protesters during a fierce crackdown on those suspected to have taken part in the fierce skirmishes.

The protests coincided with three days of a job stay away called by the Zimbabwe Congress of Trade Unions and some citizen movements.

Authorities have also been slammed for arrests on children, among the many acts of brutalities blamed on security forces.

But in her comments, Charamba defended arrests on children saying all citizens, regardless of age, were under the country's laws.

"There is no law here in Zimbabwe that says when children commit crimes, they should not be arrested," Charamba said.

"Otherwise we will inculcate a culture of criminality. Some of these children were arrested for throwing stones at police officers and looting.

"All these children have since been released into the custody of their guardians and the courts are dealing with these.

"We have a partnership with the welfare department as well as probation officers to make sure the rights of these children are not overridden."

The police spokesperson refused to comment on whether the crackdown was a joint operation between the police and the army.

Reports claim men in military fatigue have been harassing citizens suspected of having participated in the protests.

The Zanu PF led government has invited back world scrutiny following recent killings on civilian protesters by the military.

Zimbabwe Judges Are Not Captured - Chief Justice Malaba
Tagged:
Copyright © 2019 New Zimbabwe. All rights reserved. Distributed by AllAfrica Global Media (allAfrica.com). To contact the copyright holder directly for corrections — or for permission to republish or make other authorized use of this material, click here.