South Africa: Agrizzi Testimony Like a Vuvuzela Keeping People Up At Night - Mbalula 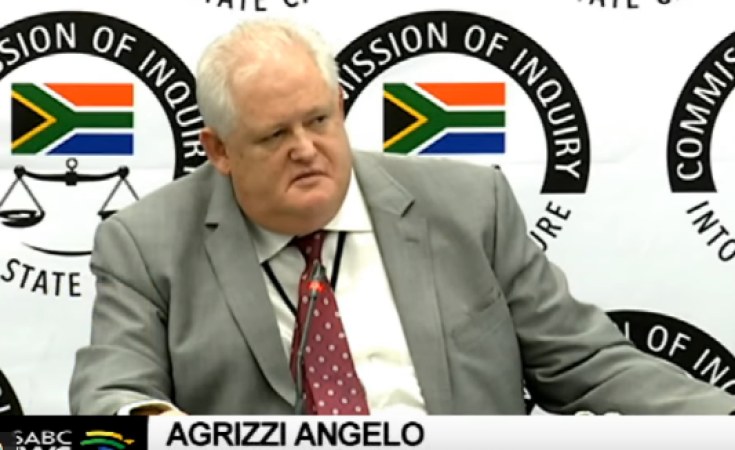 ANC head of elections Fikile Mbalula has commended the state capture commission of inquiry for exposing corruption, although he said some revelations have been giving some people sleepless nights.

Mbalula was addressing the media at ANC headquarters Luthuli House about the party's statement on voter registration. During his address, however, he applauded the commission and its work.

"The Zondo commission is important for South Africa and for us to undo the wrongs of the past. This is the new dawn. It is not an ideology. We are on the path of mending the wrongs."

He said the path the governing party was on was called renewal even though there were perceptions that the party did not act.

"If the things coming out of the Zondo Commission are true, they are horrendous. All the things raised about the ANC, we will answer. We respect the commission and witnesses are coming out to testify," he said.

Mbalula added that the ANC and the country should be proud that the commission was not being kept in the dark.

He likened whistleblower and former Bosasa COO Angelo Agrizzi's testimony to a vuvuzela that awoke people at night and forced them to take phone calls about his testimony.

"If the things he said are true, they will have to be tested. The ANC will not take collective responsibility of those implicated by the commission. We are not pampering corruption. We are dealing with corruption. If I am corrupt, I must answer. The ANC didn't say anyone must be corrupt."

He denied that there was war between him and former president Jacob Zuma after the two exchanged words on Twitter.

"It was not an attack on the integrity of anybody. There is no war between Mbalula and Zuma. We were addressing fundamental issues. The ANC is a big party, I will engage with Zuma in a way that doesn't take us to Twitter.

"I have accepted the reprimand from the leadership of the ANC. It was not a war, and we will interrogate the issue. We need to ensure that we don't trample on each other's toes," he said.

He later turned to the Electoral Commission of SA's announcement that 9 million eligible voters had not registered to vote over the weekend, and said he was particularly worried about the fact that 6 million of those voters were young.

"We are going to work hard to ensure people register to vote. It is worrisome that 6 million young people didn't register. We must continue to monitor and encourage them to register. We want young people to participate in democracy and be patriotic."

Mbalula promised that they would visit universities to encourage the youth to register.

He said the party had noted with concern protest that took place over the registration weekend in various communities, where voters were blocked from registering.

"We call on our structures and government to intervene and address the legitimate concerns raised by these communities. We further call on communities to exercise their right to protest in a responsible manner that respects rights of others. Our communities must also be vigilant of criminal elements hijacking legitimate concerns for nefarious reasons," he said.

Referring to the Venezuelan impasse and Zimbabwean protests, Mbalula said the ANC would not support DA leader Mmusi Maimane's calls for a regime change. Instead, the ANC was working with Zimbabwe to find peaceful solutions, he said.

Mbalula also took the time to lash out at Western Cape Premier Helen Zille who this week called for a tax boycott, saying she not only violated her code of ethics but had also demonstrated desperation and encouraged people to break the law.

Agrizzi Back in Hot Seat at South African State Capture Probe
Tagged:
Copyright © 2019 News24Wire. All rights reserved. Distributed by AllAfrica Global Media (allAfrica.com). To contact the copyright holder directly for corrections — or for permission to republish or make other authorized use of this material, click here.