Kenya: Home-Grown Terror a Worsening Threat for the Country 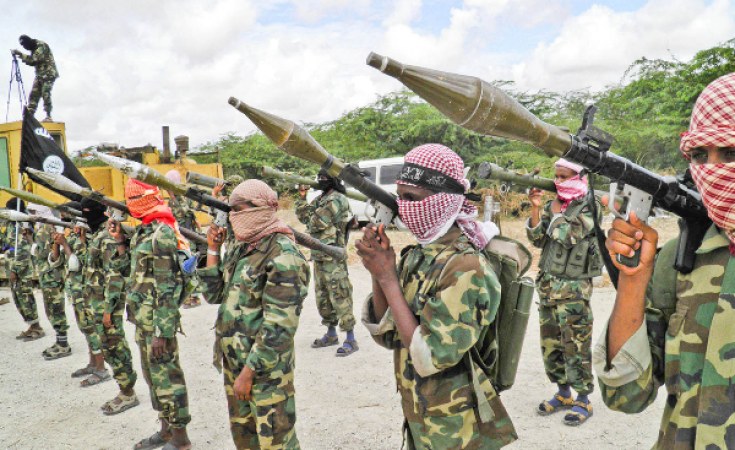 The six attackers and 12 suspects in court for the 15 January terror attack on Nairobi's dusitD2 hotel complex are mostly Kenyans. This was also the case in the 2015 attack on the Garissa University campus. By contrast, those who attacked the Westgate Mall in 2013 were largely foreigners. These three incidents suggest a trend of home-grown terrorists acting against their own country.

The latest attack - claimed by extremist group al-Shabaab - shows that not only is the terror threat far from over, but it is increasingly a local problem, with logistical support from Somalia. Most of the 18 who appeared in court were from counties like Isiolo, Nyeri, Kiambu, Mombasa and Machakos - hundreds of kilometres from the Somali border. This means al-Shabaab's influence and cells may have penetrated many parts of Kenya.

Among the six attackers were Ali Salim Gichunge, born and bred in Isiolo with roots in Nyeri. He is believed to have hosted the suspects in Kiambu, a county that borders Nairobi. Eric Kinyanjui reportedly from Limuru in Kiambu County, is under arrest and is believed to have been the commander.

The suicide bomber, Mahir Khalid Riziki, was a 25-year-old Kenyan al-Shabaab operative from Mombasa and had been on the Kenya police's wanted list. The identities of the other attackers are yet to be confirmed by Kenya's registry of persons. It is largely believed they are also Kenyans.

In its statement claiming the attack, al-Shabaab said the assault was conducted by the Saleh an-Nabhan battalion ‘in accordance with the guidelines’ of al-Qaeda supreme leader Sheikh Ayman Adh-Dhawahiri who granted authority to conduct the assault.

The Saleh an-Nabhan battalion is a military wing established in honour of Saleh Nabhan - a former al-Shabaab leader and Kenyan national. Alongside the Jaysh al-Ayman group, the Nabhan brigade is believed to be one of al-Shabaab's active cells operating in Kenya's Boni Forest. Both military wings comprise mainly Kenyans.

The Saleh an-Nabhan brigade has conducted numerous high-profile operations in the past, including the July 2010 Kampala bombings and the January 2016 attack on El Adde, an African Union Mission in Somalia (AMISOM) army base.

By default or design, the dusitD2 attack came on the third anniversary of El Adde, in which al-Shabaab killed at least 100 Kenyan soldiers when it overran the AMISOM base. The day before the dusitD2 attack, a court in Nairobi ruled that suspects of the Westgate Mall assault would stand trial based on evidence that took five years to piece together.

Although there has been speculation about the timing of the dusitD2 attack, al-Shabaab's stated reason for targeting the hotel and office complex was United States President Donald Trump's declaration of Jerusalem as the capital of Israel.

Since 2011 when Kenya deployed troops in Somalia, al-Shabaab has conducted over 100 attacks in various towns that border Somalia like Mandera, Garissa and Lamu. However, targeting these locations has not delivered the kind of exposure that comes from attacking the capital. According to Abdullahi Abdille of the International Crisis Group, ‘it was only natural that they hit a target in Nairobi for maximum attention’.

Kenya is a hub in Africa for businesses, diplomatic activity and most importantly, tourism. By striking Kenya's capital city, al-Shabaab benefits from tremendous media coverage. Institute for Security Studies counter-terrorism expert Akinola Olojo says 'this enables the group to exploit such coverage in its narratives for propaganda and of course, recruitment. Kenya therefore provides a lot of international visibility for al-Shabaab'.

Al-Shabaab’s craving for attention has been heightened by the presence in the region of Islamic State, which has put it under pressure to spread and show its influence in East Africa. Islamic State cells are believed to have spread from Somalia through Kenya to other East African states, a development triggered by international pressure on Islamic State in Iraq and Syria.

Al-Shabaab's press release after the attack is indicative of the ongoing power struggle between Islamic State and al-Shabaab in East Africa. Islamic State is committed to establishing an Islamic caliphate and seems to have a stronger ideological foundation.

These trends in the spread of terror organisations in the region and Kenya in particular, will strengthen Kenya's resolve to maintain its troops in Somalia. In October 2018, President Uhuru Kenyatta re-emphasised that the army would remain in Somalia until stability and security is restored. His assurance was in response to the continued debate within the country about al-Shabaab's demand that Kenya withdraw from Somalia.

Kenya's position will likely clash with the 2017 UN Security Council decision to downsize foreign troops in Somalia. All foreign troops under AMISOM are scheduled to withdraw from Somalia by the end of 2020.

The DusitD2 attack was also a litmus test of Kenya's ability to deal with terrorism. The response by security forces suggested that counter-terrorism measures like the establishment of a joint operations centre, were working. These were adopted after the Westgate attack in which 67 people died.

Along with more effective security force action, the country needs to invest in initiatives that tackle the drivers of radicalisation. Dealing with the trend of home-grown terrorism will require striking a good balance between security and development, as articulated in the United Nations Development Programme report , Journey to extremism in Africa. It will also mean working on long-term and holistic responses that uphold human rights and international law.

Revealed - How Al-Shabaab Are Circulating Millions of Terror Money Unnoticed

Police Trace Nairobi Hotel Attack Suspects to Dadaab Camp
Tagged:
Copyright © 2019 Institute for Security Studies. All rights reserved. Distributed by AllAfrica Global Media (allAfrica.com). To contact the copyright holder directly for corrections — or for permission to republish or make other authorized use of this material, click here.