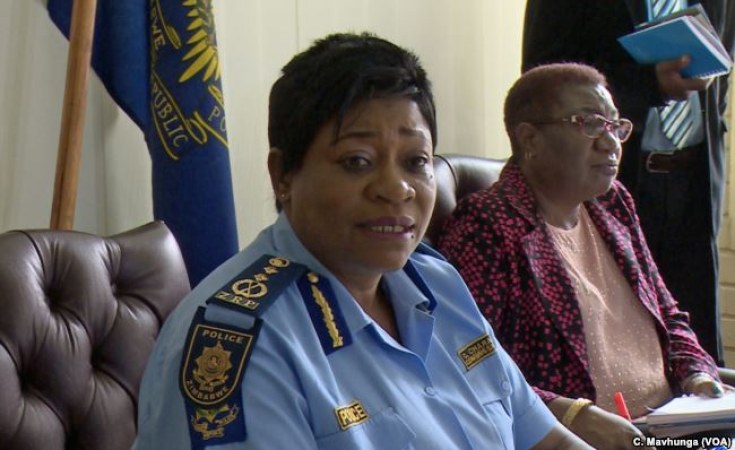 Mr Maimane, whose party is a long time opponent of Zimbabwe, made the threats in light of violent disturbances that were orchestrated by the MDC Alliance in concert with civil society organisations in the country two weeks ago.

Ironically, as Mr Maimane made his threat, Zanu-PF was meeting with its South African counterparts, the ANC, who came on a solidarity visit endorsed by regional liberation parties.

In a statement yesterday, Information, Publicity and Broadcasting Services Minister Monica Mutsvangwa said it was regrettable that Mr Maimane had assumed an aggressive posture for the gallery when Government had an open door policy to citizens, and the international community alike under the auspices of the mantra, "Zimbabwe is Open for Business and Dialogue".

"It is disappointing that Mr Maimane under the auspices of the DA and a coalition of opposition parties in Southern Africa, the Southern African Partnership for Democratic Change (SAPDC), has escalated his aggressive posturing to the ICC and the UNHRC," she said.

"Assuming that he has legitimate human rights issues (of which he has none), one would have expected him to defer to SADC or the African Union. Zimbabwe has strong and democratic institutions that were brought about by the new Constitution in 2013 that are capable of dealing with any issues."

She said Government was committed to providing protection for all its citizens for them to enjoy the full spectrum of the rights enshrined in the country's extended Bill of Rights.

She said lawlessness which infringes the rights of other citizens such as looting, wanton violence, arson and attacks on law enforcement agencies would be dealt with to the full extent of the law.

"It is thus unfortunate that the domestic issues of Zimbabwe have been appropriated by a South African opposition party, which has regrettably taken a position without engaging the Zimbabwean authorities," she said.

"We have nothing to do with the DA, absolutely nothing. We have a relationship with ANC of South Africa, that is why we were meeting with them even today (yesterday). We never met with DA. We do not even know what they stand for. Who are they?" he asked

"You can rest assured that what they are saying is hogwash but we are not members of the ICC at all and we have no relationship with them."

Future Uncertain For Zimbabwe's Youngest MP Charged With Treason
Tagged:
Copyright © 2019 The Herald. All rights reserved. Distributed by AllAfrica Global Media (allAfrica.com). To contact the copyright holder directly for corrections — or for permission to republish or make other authorized use of this material, click here.