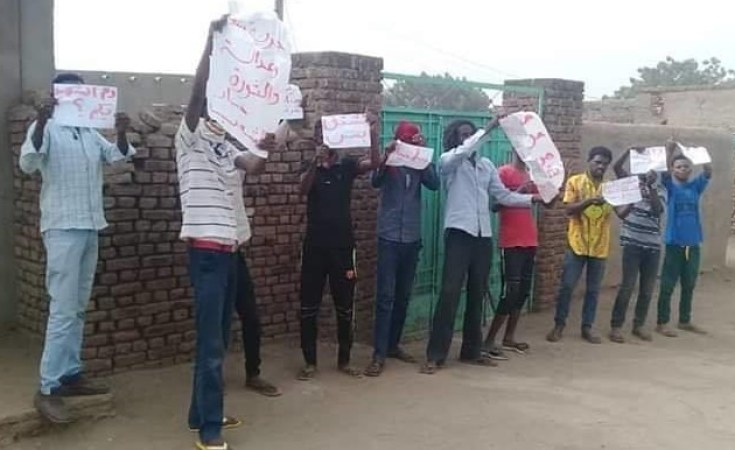 Michael Christopher, the editor-in-chief of the local Arabic-language newspaper Al-Watan, fled South Sudan after being warned not to cover protests in Sudan, a 'friendly, neighbouring country'. Nearly 40 journalists inside and outside Khartoum have been issued arrest warrants for 'inciting violence' and 'spreading fake news'.

"We have not been spreading fake news. We were reporting the truth about what is happening on the streets of Sudan," Christopher told RFI on the phone from Cairo, where he is now based after fleeing Juba.

On 7 January, the Al Watan editor-in-chief was summoned for a hearing by South Sudan's Media Authority to explain his coverage of the protests in Sudan.

The demonstrations, triggered by the government's decision to raise the price of bread entered their second month Monday, increasing pressure on al-Bashir to step down.

Everything we reported was true. We saw how President Omar al-Bashir was attacking the people of Sudan, people who were demonstrating peacefully. - Michael Christopher, editor-in-chief of Al-Watan, South Sudan

The Sudanese president recently visited Qatar and Egypt to seek support for his ailing government.

"He is using shuttle diplomacy to prove to the world that he has the crisis in Sudan under control," reckons Christopher, who says he received several threatening phone calls from anonymous numbers, including some that threatened to shut down his newspaper.

Although now in Cairo, the Al Watan editor is determined to shine a spotlight on protests in Sudan that have so far led to the deaths of more than 40 people: "We are going to continue to tell the truth with clarity and honesty. We will not let the people of Sudan down."

South Sudan's minister of information, Michael Makuei Lueth, could not be reached for comment at time of publishing.

No Change of Government Via Social Media - Sudan's Al-Bashir
Tagged:
Copyright © 2019 Radio France Internationale. All rights reserved. Distributed by AllAfrica Global Media (allAfrica.com). To contact the copyright holder directly for corrections — or for permission to republish or make other authorized use of this material, click here.