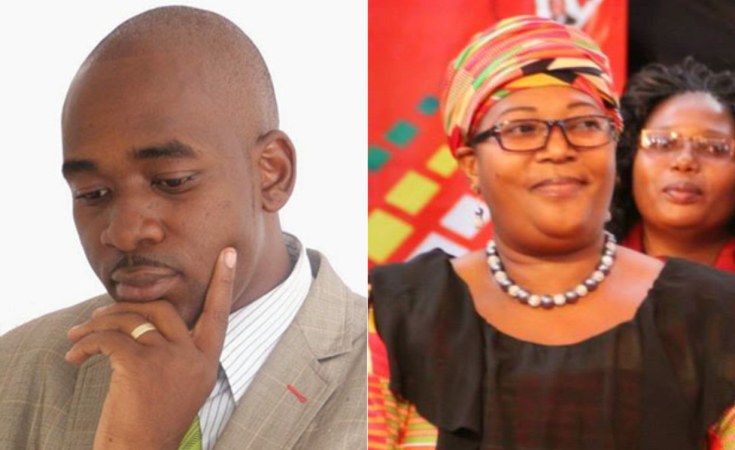 Opposition Movement for Democratic Change (MDC-T) leader Dr Thokozani Khupe reached out to all political stakeholders including her nemesis Nelson Chamisa to come together for a national dialogue to rescue the country from the current political and economic crisis.

Addressing the media in the capital during a press conference organised by a grouping of opposition political parties under the banner Progressive Political Parties, Khupe urged other political players not to be overtaken by individualism.

"Let us be one and speak with one voice. Let us build that confidence which has been taken away from us and that can only happen if we come together. So I don't have any problem in dialoguing with anyone because for me it is not about power, for me it's about moving this country forward, it is about the 15 million people in this country not individuals and we must run away from individualizing issues.

"This country does not belong to anyone, it belongs to all of us as Zimbabweans and therefore we must should take it upon ourselves as Zimbabweans to make it worth, to make things happen and this is why some of us are very passionate about this because I want to see everyone happy in this country," said Khupe.

Meanwhile, Khupe condemned the recent crackdown on civilians by security forces which left at least 12 people dead and scores injured.

A number of women have reportedly been raped during the process.

"We condemn violence in all its forms. Violence does not pay. Alive to the fact that we have collectively failed as a nation to disengage from electioneering for purposes of moving the country forward," added Khupe.

Future Uncertain For Zimbabwe's Youngest MP Charged With Treason
Tagged:
Copyright © 2019 263Chat. All rights reserved. Distributed by AllAfrica Global Media (allAfrica.com). To contact the copyright holder directly for corrections — or for permission to republish or make other authorized use of this material, click here.