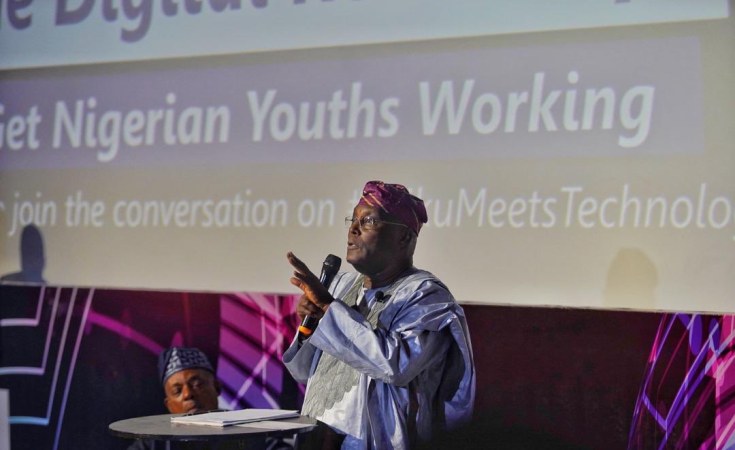 He said he would consider drawing a line during which corrupt former public officials would be allowed to return their loot without prosecution.

According to him, after then, strong policies would be put in place to prevent and fight corruption.

Atiku, according to Premium Times, said it would be more prudent to allow looters return their assets to Nigeria tax-free and invest them in order to boost the country's economy.

The host, Kadaria Ahmed, suggested that Atiku's proposal could be morally problematic, especially since he has faced corruption allegations since leaving office as Nigeria's vice president in 2007.

He suggested that a similar scheme under past administration yielded over $4 billion.

"Whether it is moral rectitude that you want to achieve or you want to see a fast development of your country," Atiku asked rhetorically.

The position was backed by Atiku's running mate, Obi, who said it is better than to allow looters keep their plunder just by joining another political party.

Obi's statement appears a jibe at President Muhammadu Buhari, who has been repeatedly accused of tolerating corruption amongst his political associates while going after opposition members.

Obi said the Buhari administration has fought elusive corrupt people at the detriment of the Nigerian economy, which he said has been haemorrhaging jobs since the government was inaugurated in 2015.

Biafra Leader Says Presidential Candidate Atiku Not Nigerian
Tagged:
Copyright © 2019 This Day. All rights reserved. Distributed by AllAfrica Global Media (allAfrica.com). To contact the copyright holder directly for corrections — or for permission to republish or make other authorized use of this material, click here.