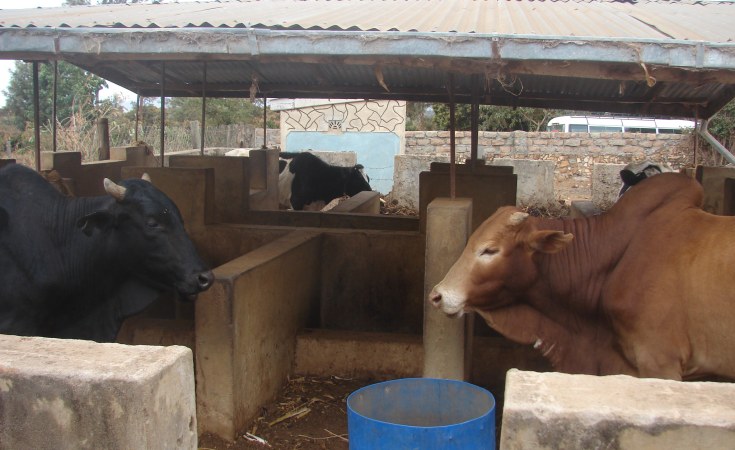 The Society for the Prevention of Cruelty to Animals yesterday received the go-ahead from a High Court judge to rescue horses and more than 50 head of cattle from the dire circumstances in which the animals have been kept on a plot east of Windhoek over the past year.

Having been informed that the animals were kept at a barren smallholding where they were starving and not properly cared for, acting judge Claudia Claasen issued an interim order allowing the SPCA to remove the horses and cattle from the plot at Seeis and to keep them in the organisation's care, pending the arrest of the animals' owner and the outcome of his prosecution on charges under the Animals Protection Act.

The animals' owner, Andries Aspara, was present in court yesterday, and told acting judge Claasen that he wanted to be given time to consult a lawyer. However, the judge reminded him that the court was being asked to give an interim order at this stage, and that he would still have an opportunity to oppose the confirmation of that order.

In the order that the judge issued, the SPCA is authorised to take Aspara's animals into its custody, and to care for the animals. The order would at this stage be in force until 14 February, when a hearing to determine if it should be made a final order could take place.

In an affidavit filed at the court, the chief executive officer of the SPCA in Namibia, Harald Fülle, said the SPCA first received a complaint that the animals were being neglected in February last year. After inspecting the property at Seeis where the cattle and horses were being kept and finding that there was inadequate space for the number of animals there, and that the animals were starving and did not have shelter from the sun and heat, the SPCA issued a warning to Aspara's son, Alistair Aspara.

The organisation also laid a complaint of animal abuse at the Hosea Kutako International Airport Police Station on 14 March last year - but since then, nothing has come of that case, Fülle said.

"The way in which the police have handled this matter is wholly unsatisfactory," Fülle also stated in his affidavit. He further charged that the police's "stance is simply unreasonable in the circumstances, and it would seem that the Namibian Police are simply not interested in finalising this matter, despite them being obliged to do so in terms of not only the Namibian Constitution, but also the Animals Protection Act".

He also informed the court that the SPCA received another complaint about the circumstances in which the animals were being kept in December last year. An SPCA inspector was sent to the plot to investigate, and his finding was that the neglect of the animals was so serious that it amounted to animal abuse.

When the plot was again visited three weeks ago, it was found that the animals were being driven into the road corridor, ostensibly for grazing, but that no improvements had been made to their living conditions.

Fülle said after that visit to the plot, it became apparent to the SPCA that the animals' situation had become critical, with not only the lives of the animals themselves in danger, but the safety of the public also being threatened by the reckless behaviour of the animals' owner, since they were being left to roam the road corridor unsupervised.

A veterinary surgeon who visited the plot on Monday, Dr Arnold Olivier, reported that he found about 56 head of cattle and four horses on the 12-hectare property.

"These animals were in a very bad body condition, and there was absolutely no grass that they can feed on," Olivier stated. "Their body condition score was on average one, where one is a very poor score out of five."

He recommended that the animals had to be urgently fed or moved to a place with sufficient grazing.