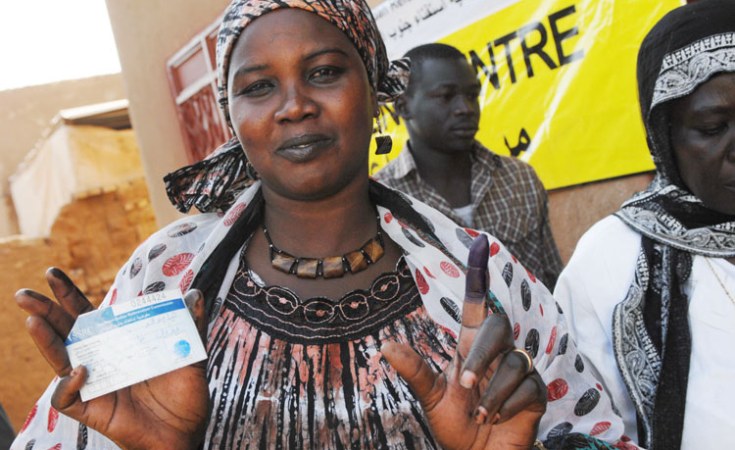 Kassala / South Kordofan / El Gedaref — New Halfa in Kassala state is witnessing an ongoing bread, fuel, and liquidity shortage, with long queues at petrol stations, bakeries, and ATMs ahead of a planned visit by Sudan's President Al Bashir to the state today.

A number of new residents of New Halfa told Radio Dabanga that they have to stand in long queues starting at 3 am in front of the bakeries to obtain a limited amount of bread, while the fuel stations are witnessing lines of vehicles for more than two days to get diesel and petrol.

Residents pointed to the continued shortage of cash at banks and ATMs.

Residents of Kassala pointed out that the state government provided quantities of flour and fuel for the bakeries and petrol stations to avoid queues, to coincide with the planned visit of President Al Bashir today.

Large quantities of fuel have been provided for the owners of lorries and buses allocated to bring residents from the countryside to attend the speech of Al Bashir.

While the government claims it has resolved the economic crisis that led to the outbreak of demonstrations nationwide, a number of residents of the villages and cities of South Kordofan confirmed the continued crisis of fuel, bread, liquidity, and the deterioration of services.

The residents of Delling told Radio Dabanga that there is real suffering in the access to food, drink and medicine, in addition to the bread, fuel, and liquidity crisis.

A number of traders in Delling in South Kordofan pointed out that the lack of liquidity has paralysed commercial movement and caused stagnation in the markets. They said they find difficulty withdrawing their savings from banks.

In eastern Sudan, residents of the Um Khanjar area in the centre of El Gedaref complained of damage to 300 sorghum, sesame, and millet crops that were reportedly left in the open at the collection point of the Zakat (Muslim alms) Chamber.

They criticised the Zakat Chamber for neglecting the grain, destined for the poor and the needy.

They said that the Zakat Chamber is successful in collecting Zakat on the crops but fails to secure them from damage before delivering them to those who are entitled to alms.

They called for comprehensive changes in the Zakat Chamber, and dismissal of a number of employees.

They pointed out to the damage to crops and financial irregularities and misappropriations at El Gedaref Zakat have been repeated without attention from the authorities.

President of the Republic Commends Steadfastness of Kassala State People

Sudan Strikes Take Over Streets
Tagged:
Copyright © 2019 Radio Dabanga. All rights reserved. Distributed by AllAfrica Global Media (allAfrica.com). To contact the copyright holder directly for corrections — or for permission to republish or make other authorized use of this material, click here.