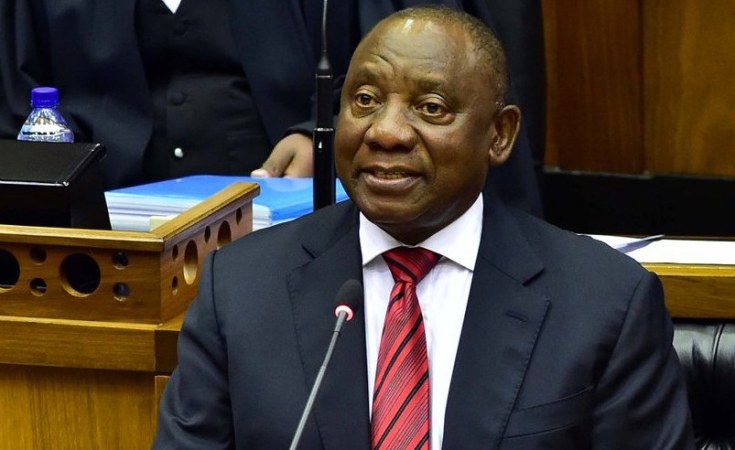 It's all systems go for President Cyril Ramaphosa's State of the Nation Address (SONA), to be delivered at 7pm on 07 February 2019.

President Ramaphosa will be delivering his second SONA after taking over the reins in February 2018. The SONA will be the last of the fifth administration, due to the elections later this year.

The State of the Nation Address is an opportunity for the President to take stock of challenges faced by the nation but also of progress made.

"Since the advent of democracy in 1994, the President of the Republic has annually called for a joint sitting of the National Assembly and National Council of Provinces, to provide an overview of current developments in the country and to set out government's key plans for the year ahead," the Presidency said in a statement.

The sitting of the two Houses of Parliament is in terms of Section 42 of the Constitution, which states that the President may summon Parliament to an extraordinary sitting at any time to conduct special business.

The address also signifies South Africa's marking of 25 years of freedom and democracy.

"The 2019 occasion will focus the nation's attention on the symbolism and ceremonial content of South Africa's democracy, as well as on the substance of renewal and growth at a time when South Africans wish to see and experience inclusive and sustainable growth that creates jobs and sustains communities," the Presidency said.

The ceremonial content of the day will again highlight the mutual regard and partnership among the three arms of the state, in line with the Constitutional vision.

The SONA is followed closely by international stakeholders who use the address as a yearly point of reference for their engagement with government, business and the people of South Africa.

"President Ramaphosa has called on South Africans to take an active interest in the State of the Nation Address so that they can play their part in helping South Africa grow," said the Presidency.

The President has emphasised that the address reflects the role played by all sectors of society in shaping a better future and responding to challenges. "It is therefore an inclusive account of a nation working together to secure and maintain renewal and growth."

The public are encouraged to engage on the important national event, using #SONA2019.

Meanwhile, President Ramaphosa has been co-chairing the Cabinet Lekgotla in Pretoria along with Deputy President David Mabuza.

The Lekgotla is an extended Cabinet meeting in which Deputy Ministers and Directors General participate and is a critical component for the preparation of the SONA.

On Friday, President Ramaphosa and Deputy President Mabuza will co-chair a session of the President's Coordinating Council, in which Cabinet will be joined by Premiers, members of provincial executive councils (MECs) and the leadership of the South African Local Government Association.

These deliberations will ensure that the outlook and programme of action adopted by the Cabinet Lekgotla is internalised and implemented across all spheres of government.

SONA - Pomp and Ceremony to Be the Order of the Day