Zimbabwe: Mnangagwa On Some Zimbos Wanting Mugabe Back - Says They Also Pined After Smith 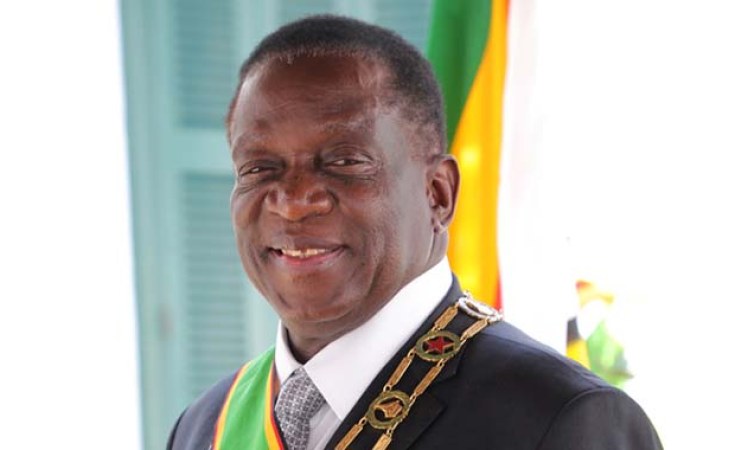 FORMER President Robert Mugabe is free to return to active politics if he so wishes, his successor and long-time protege Emmerson Mnangagwa has said.

A visibly relaxed Mnangagwa poured his heart out, including frank talk on demands for dialogue from opposition leader Nelson Chamisa.

Asked if he was fazed by reports that some ordinary Zimbabweans were yearning for his predecessor to return, Mnangagwa broke into a chuckle.

"When we came into office in 2017, we promised Zimbabweans democracy and claims that some of our citizens want him (Mugabe) to return actually show we have kept our word despite accusations to the contrary.

"After Independence some people yearned for Smith (Ian, late former Rhodesian Prime Minister). It is the same now," the Zanu PF leader said.

Mugabe was forced out of power through a military coup in November 2017, paving the way for his then estranged deputy to return from a brief exile in South Africa to take power.

Mnangagwa went on to win elections in July last year, pipping Chamisa to strengthen his hold on power.

During Wednesday's briefing, the Zanu PF leader defended the use of force by the military to deal with unrest two weeks ago.

Organised by the Zimbabwe Congress of Trade Unions, the protests left at least eight people dead according to the Zimbabwe Human Rights Commission.

Mnangagwa said authorities had been left with little choice.

"Surely, we could not have been expected to fold our hands while they burnt police stations and toll-gates. We regret the loss of life, but our aim was to restore order and nothing more," the President said.

"We have an obligation as a government to protect life, limb and property. That protest had gone beyond the lines of expression of a constitutional right.

"In expressing our rights, we must never tremble on other people's rights. It's the duty of government to make sure those lines however blurred are respected by all."

Western governments have accused Mnangagwa's government of brutality, but the Zimbabwean leader pointed an accusing finger at his critics.

"The West does not care about human rights," he said.

"I'm (certain that) the US is more worried about its interests in the region than anything else. They would accept a dictator as long as they are pliable and do their bidding.

Our crime has been our insistence on equality of all nations. We are trying to build a democracy and must be given space to do that.

"We all know where we are coming from and it is my duty as a leader to make sure the country moves in the direction it ought to."

He continued; "Democracy needs time and Zimbabwe will require time.

"We are reforming and that is why we have set in motion plans to repeal the Public Order and Security Act, the Access to Information and Protection of Privacy Act as well as the Indigenisation Act among others."

"In what capacity would I be talking to him (Chamisa) if he argues I am not legitimate?

"Logically it means the talks would not be legitimate because in his warped opinion I do not have locus standi to talk to him," Mnangagwa said.

Chamisa however, argues Mnangagwa's legitimacy should be the first order of business on the dialogue agenda.

Why Mnangagwa, Chamisa Must Find Each Other Now