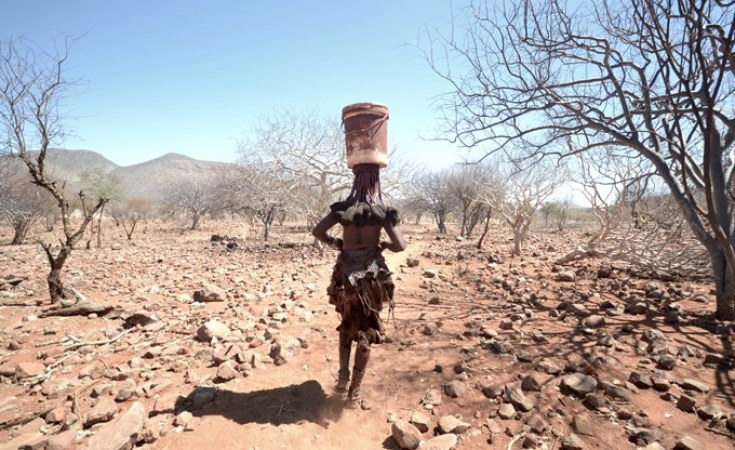 Yaounde — Teenage girls who grow up in areas hit by harsh drought are more likely to drop out of school, have sex earlier and contract HIV, study finds

Teenage girls growing up in areas hit by harsh drought and other climate shocks in Lesotho are more likely to drop out of school, start having sex earlier and contract HIV, researchers said.

Such findings mean climate shocks - which can bring displacement, loss of income and other problems - threaten to undermine progress made in HIV treatment, said Andrea Low, an assistant professor of epidemiology at the International Center for AIDS Care and Treatment Programs at Columbia University.

"I think the real concern is that we have gained a lot in terms of epidemic control ... but there is always a possibility to lose all those gains if a lot of people are displaced due to climate extremes (and) forced migration," she said.

People forced to migrate as a result of drought may no longer have easy access to the support of family and friends or to HIV treatment, Low, the study's lead author, told the Thomson Reuters Foundation by phone from New York.

People who lose the stability of their communities are more likely to engage in high-risk sex, acquire HIV or discontinue treatment for HIV, the study found.

Widespread poverty and exposure to worsening droughts, floods and other climate risks make Africa one of the continents most vulnerable to the impacts of climate change, U.N. disaster officials said.

Southern Africa experienced two years of an El Nino-induced regional drought - one of its worst in decades - in 2014-2015.

In 2016, this resulted in food shortages and higher prices affecting almost 40 million people in the region, according to the World Food Programme.

In Lesotho - a mountain nation surrounded by South Africa - more than half of the population lives on less than $1.90 a day according to World Bank, and 55 percent grow their own food, making them particularly vulnerable to drought.

The country of 2.2 million also has the second highest rate of HIV prevalence in the world, behind nearby eSwatini (formerly Swaziland), according to the U.N. agency for HIV/AIDS.

"We really need to think about the population in the long term," Low said, noting it was vital to keep children in classrooms.

"If that's reduced every time there's some kind of climate extreme and they have to pull their kids out of school, that is going to have really detrimental effects - not just on HIV but on all aspects of society," she said.

Lesotho's neighbour eSwatini is facing some of the same threats, experts there said.

"In most instances, girls from the rural areas move up to the bigger towns to look for jobs, and when they don't find those jobs they tend to opt for sex work," he said.

With more people on the move as a result of climate pressures, "there should be some kind of coordination in the region, so that people know they have safe access to prevention and care no matter where they are," Low said.

"That will be crucial as more and more people are forced to move ... due to climate extremes making it harder for them to survive in their communities."

Stepping Up the Fight Against HIV Infections
Tagged:
Copyright © 2019 Thomson Reuters Foundation. All rights reserved. Distributed by AllAfrica Global Media (allAfrica.com). To contact the copyright holder directly for corrections — or for permission to republish or make other authorized use of this material, click here.