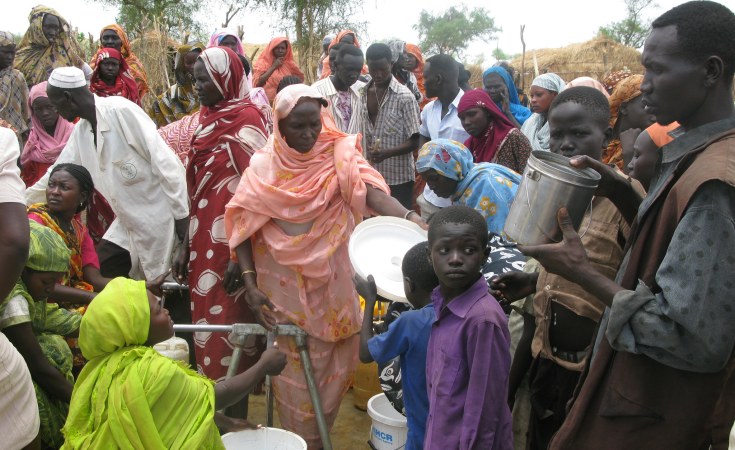 Amid growing regional unrest, a fragile peace deal brokered between the warring parties in South Sudan has not won a broader political settlement. In this excerpt from our Watch List 2019 for European policy-makers, Crisis Group advises the EU to take a lead in negotiations and put conditions on its monitoring of the agreement.

Five years into a brutal civil war, South Sudan enters 2019 with fragile hopes for peace. A September 2018 agreement between the main belligerents, President Salva Kiir and rebel leader Riek Machar, brokered by Sudanese President Omar al-Bashir and Ugandan President Yoweri Museveni, has succeeded in curbing the fighting. That is reason enough to embrace the accord. But the deal is far more armistice than final settlement: it calls for negotiations between the warring parties that will lead to a unity government and, later, elections. An agreement along the same lines in 2016 proved short-lived, as the unity government collapsed barely two months after its formation. Moreover, the new accord appears at a time when Horn of Africa politics are in flux and leaders in the Inter-Governmental Authority on Development (IGAD), the regional bloc overseeing the peace process, are increasingly distracted by problems at home. International actors will need to push IGAD to see its mandate through. The U.S. - long the West's diplomatic lead on South Sudan - has pulled back, leaving no immediate replacement to conduct this critical diplomacy.

The EU and its member states should:

Assume greater diplomatic leadership on South Sudan, building upon the extensive humanitarian aid Europe gives to the world's newest state. The EU appears unlikely to appoint an additional envoy focused solely on South Sudan, but European diplomats could coordinate and step up their own shuttle diplomacy between regional capitals to keep implementation of the peace deal moving forward, while also exploring what a longer-term settlement might entail.

Condition any additional support for the Reconstituted Joint Monitoring and Evaluation Commission, the regional body that oversees the peace deal's implementation, upon appointment of a strong commission chair; the EU's continued support for ceasefire monitoring should be conditional on the timely release of ceasefire violation reports.

South Sudan's truce follows years of on-and-off mediation by IGAD, the Horn of African body that includes Sudan, South Sudan, Ethiopia, Kenya, Uganda, Somalia, and Djibouti. For years regional diplomacy was led by Ethiopia, supported by the EU and other partners. In June, however, new Ethiopian Prime Minister Abiy Ahmed relinquished his country's grip over the deadlocked peace process to Sudanese President Omar al-Bashir. Bashir has greater leverage over both Kiir's government and Machar's rebels: the former depends on Khartoum to facilitate South Sudan's oil exports; the latter have long relied on Khartoum for arms and financing. Bashir quickly struck a series of deals with Kiir to boost oil production, then enlisted Museveni to press his ally, Kiir, to grant Machar a return to the first vice presidency. Machar had held this office under the earlier version of the peace deal, from April to July 2016, and Bashir pressured him to accept the new terms.

While a deal exists on paper, and indeed has led to significant reductions in violence across much of South Sudan, many of its provisions appear unlikely to be implemented any time soon. Indeed, even its core elements remain contested. Perhaps the biggest obstacle and danger lies in still-to-be-determined transitional security arrangements - chiefly, how the parties will share security duties in a unity government and who would provide security to Machar were he to return to the capital Juba. In 2016, the U.S. and others urged Machar to go back to Juba before any such understandings were in place. His forces then clashed in the city streets with those of Kiir, ushering in a wider war as violence spread. The September 2018 deal specifies that the parties will assemble, train, and unify a force to deploy to Juba and form the core of a new national army; privately, however, Kiir's representatives indicate they will not allow any of Machar's forces back into the capital. Machar is unlikely to return until there is a clear understanding of the security arrangements, nor should he be pressured to do so.

Even leaving aside the difficulty of fleshing out the agreement's details, a wider challenge lies at its core. The deal is still predicated on power sharing between Kiir and Machar and a transition period of three years culminating in a presidential election, which both men are certain to want to contest. This same dynamic - the competition between the two men for the presidency - has been the principal driver of South Sudan's war over the past five years. While it continues, it is unlikely that any agreement can offer a basis for a durable settlement. It also undercuts prospects of the two parties reaching agreement on other critical issues (such as security arrangements), given that they view those issues largely through the prism of how they impact the future presidential contest. There is no easy answer to this challenge in light of both men's outsized influence. Indeed, efforts over the past two years to sideline Machar have failed, because he still commands authority over a large constituency in South Sudan. One remaining option, which a growing number of South Sudanese and some in the region support, is returning power to South Sudan's three greater regions, which would decrease the stakes of the presidency by sharing power more broadly.

Yet another challenge to the deal is the absence of an active international diplomatic lead. From the early 2000s to 2017, the U.S. special envoy to Sudan (and, later, South Sudan) played this role, as de facto head of the so-called Troika - the U.S., the UK and Norway. Since Donald Trump's election, however, the special envoy's office has been vacant. True, even with an envoy, the track record of U.S. diplomacy on South Sudan was hardly a success. But without it, no diplomat from outside the region can maintain the attention of regional leaders, for whom ending South Sudan's conflict is rarely a top-tier concern, on South Sudan's peace process. The absence is particularly keenly felt now, given turmoil in Sudan and Abiy's long list of other priorities. The U.S. may still appoint a new envoy, but even were it to do so there are strong signs the White House is tiring of its involvement in South Sudan; when announcing the administration's new Africa strategy in December 2018, for example, National Security Advisor John Bolton singled out the country as an example of how U.S. assistance had failed.

Europe should consider how best it can fill this gap. In principle, the EU is well positioned to take on a larger diplomatic role, given Europe's heavy investment in South Sudan's stability and the generous humanitarian relief it provides to its people. That said, the EU appears unlikely to appoint an additional envoy dedicated solely to South Sudan. Another option might be for the EU to formalise a stronger partnership with the Troika to help shore up the deficit created by the U.S.'s diminished engagement. This coordinated diplomacy would not only seek to advance the existing peace process, particularly by seeking an agreement on security arrangements, but also test the waters on what a more durable settlement might look like.

Beyond this diplomatic role, the EU and its member states should continue to support the Reconstituted Joint Monitoring and Evaluation Commission, the African-led body responsible for overseeing the peace deal's implementation. It should also continue to fund the monitors, who are deployed under the auspices of another mechanism, the Ceasefire and Transitional Security Monitoring and Verification Mechanism, which reports to both the joint monitoring commission and directly to IGAD, to investigate ceasefire violations. However, support to both mechanisms should be conditional. First, the EU should demand that the ceasefire monitoring mechanism publicly report all ceasefire violations; in the past, the failure to publish the monitors' findings meant that violating parties were spared any scrutiny or public and diplomatic pressure. Secondly, it should seek rapid appointment of a heavyweight joint commission chair, for example an influential former head of state, to ensure the body is effective. The previous chair, former Botswana President Festus Mogae, stood down in September 2018; that at this critical phase of the new peace deal the chair remains empty is a major concern.

South Sudan's peace deal remains contested and incomplete; whether it provides a sustainable basis for ending the war is at best uncertain. Western donors supported a similar deal less than three years ago only to see it collapse, widening the war across the country and sparking a new phase of the civil war that forced hundreds of thousands more to flee the country. But it is worth the EU expending additional diplomatic capital to try and keep this agreement from suffering a similar, bloody fate. Its collapse could precipitate another round of fighting and further suffering for yet another generation of South Sudanese.

Alarm Over Military Build-Up in the Country

New Violence Sends Thousands of South Sudanese Fleeing
Tagged:
Copyright © 2019 International Crisis Group. All rights reserved. Distributed by AllAfrica Global Media (allAfrica.com). To contact the copyright holder directly for corrections — or for permission to republish or make other authorized use of this material, click here.