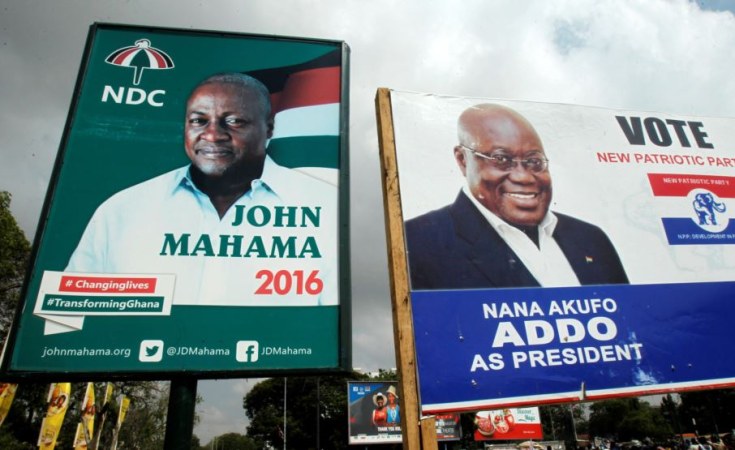 The National Democratic Congress (NDC) yesterday withdrew from the parliamentary race of Ayawaso West Wuogon in the middle of the vote casting, citing intimidation and harassment from unknown security operatives.

Mr Ofosu Ampofo, the National Chairman of the party announced the party's position at a media briefing in Accra yesterday saying the NDC did not have power to either call off the election or stop voters from casting their votes.

"But the withdrawal of our polling agents and election monitors is a clear indication that we are no more interested in the by-election."

Giving reasons for the decision, Mr Ampofo said when the election got underway yesterday morning, unlike other elections where security issues were handled by the Police Service, especially for a limited election like a by-election, this time there was heavy deployment of security personnel in black "T" shirts with the national security badges manning the various polling stations.

He said beyond that, there were also heavily armed security details also wearing masks which was unusual in such an election adding that, some of these security personnel subjected NDC polling agents and monitors to various forms of harassment which prevented them from working effectively.

Mr Ampofo said, Mr Sam George, the Member of Parliament for Ningo-Prampram Constituency who was on the grounds to monitor events was not spared as he came under attack from gun butts from which he suffered injuries to warrant medical attention.

He said the party's Vice Chairman Sofo Azorkwa who resides in the area was also not spared of the harassment since his household came under attack the previous day before the election with many people sustaining injuries.

Mr Ampofo said, as if that was not enough, NDC parliamentary candidate for the election Delali Kwasi Brempong's residence was attacked yesterday morning which led to eight people sustaining gunshot wounds with three in critical condition at the Legon Hospital.

He said the parliamentary candidate was so much traumatised from the experience that he could not even go out to vote, urging the party to withdraw in order not to sacrifice innocent lives for the by-elections.

Mr Ofosu Ampofo said it was on that basis the party decided to pull out all his accredited agents and monitors to save lives since if broad daylights heinous crimes could be perpetrated on their agents, "we don't know what would happen in an evening when the results were about to be declared".

He urged the party faithful to exercise restraint in the face of such provocation and called on the President, to exercise his power as Commander-in-Chief of the Ghana Armed Forces to guarantee the security of all and sundry in the country, especially during the election.

Mr Ampofo said the party would also engage in a dialogue with the Police Command and to find resolution on how to conduct peaceful, free and fair elections in the future. 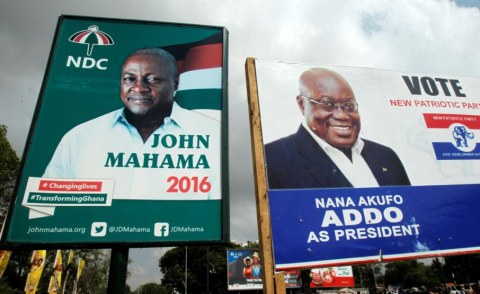 Gunmen Disrupt Ghana Parliamentary Polls
Tagged:
Copyright © 2019 Ghanaian Times. All rights reserved. Distributed by AllAfrica Global Media (allAfrica.com). To contact the copyright holder directly for corrections — or for permission to republish or make other authorized use of this material, click here.

Will Nigeria's Lockdown Be Extended as COVID-19 Cases Rise?
Europe and Africa