South Africa: ANC Looking for a Way Out On Land Issue, Malema Unfiltered 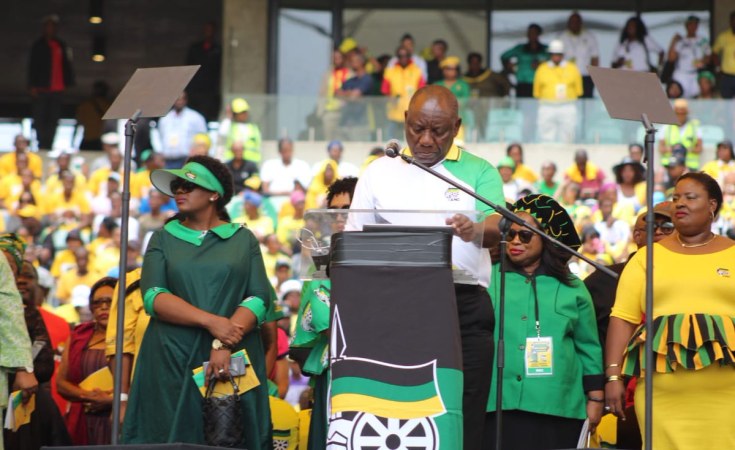 EFF leader Julius Malema says the ANC is looking for a way out of expropriation without compensation.

"Today we are reading that the ANC says it is impossible to finish the amendment of the constitution before the closing of the 5th parliament, they are looking for a way out because it is not their thing. They are not committed to it," he told Redi Tlhabi on her SABC show Unfiltered on Sunday.

Malema was referring to a report in the Sunday Times stating that the governing party wants to put on ice the process to amend the constitution to allow for expropriation of land without compensation.

The political party's Chief Whip, Jackson Mthembu told the Sunday publication that once he's consulted with other parties in parliament , he will propose to Luthuli House that the process be deferred to the next parliament, after the general elections.

The EFF leader joined Tlhabi on her show a day after the political party launched its manifesto at the Giant Stadium in Soshanguve on Saturday ahead of the 2019 elections expected to be held in May.

Malema further reiterated that the promise of land is synonymous with the EFF.

"The ANC is not committed to the question of land, they just hijacked it.

"The EFF wants to connect with the voter with the land issue, the first thing is to amend the constitution in order to allocate the land to the voters," he said.

Malema made various promises to a sea of red supporters gathered at the stadium. These commitments ranged from free education, land, jobs and corruption to name a few.

On the new NDPP

When asked by Tlhabi to give new director of public prosecutions Shamila Batohi a chance to do her job, Malema launched into an attack on Public Enterprises Minister Pravin Gordhan.

Pillay and Van Loggerenberg were senior SARS officials who were accused of being part of the so-called "rogue unit".

Malema insisted that the evidence he gave police about Gordhan's alleged Canadian bank account was true, despite it being debunked.

No Premier Candidates for EFF - Malema