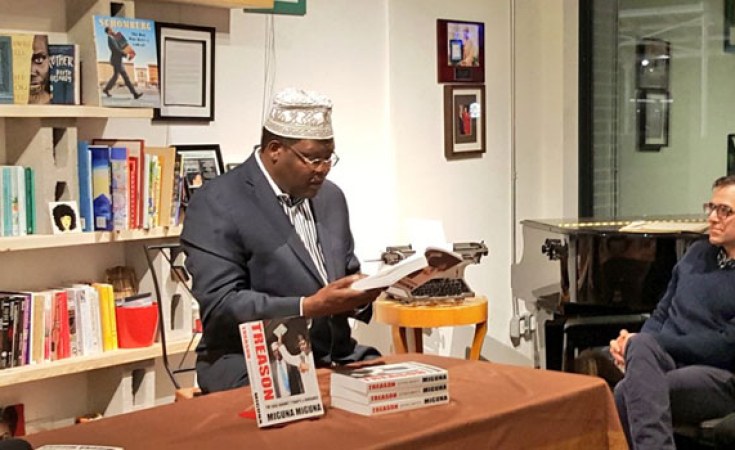 Capital FM
Lawyer Miguna MIguna and his new book titled Treason: The Case Against Tyrants and Renegades.
The Nation (Nairobi)
By Otieno Otieno

From his exile base in Canada, the son of Miguna released a new tell-all book last week in which he once again seeks to deconstruct the political mythology associated with Mr Odinga.

It wasn't only the third time Mr Odinga's former adviser was saying very unflattering things about his former boss in a book, but Mr Miguna also couldn't have picked a worse time to rain on someone's parade.

Where the fans had hoped to celebrate another milestone in the life of the brave and enigmatic 'Agwambo', they had newspaper headlines exposing the fears and anxieties of a confused politician to deal with.

Moments before the controversial mock swearing-in of the ODM party leader as the 'people's president' on January 30 2018, Mr Miguna writes in Treason: The Case against Tyrants and Renegades that Mr Odinga was reduced to a nervous wreck.

The exiled lawyer insists he knows what he is talking about by virtue of having participated in the planning and personally administered the oath to Mr Odinga, a role he attributes to his having been incarcerated and forced into exile subsequently by the State.

His account has been challenged by Mr Odinga's political allies like Rarieda MP Otiende Amolo, who gathered some courage to spar with the querulous Mr Miguna on Twitter.

According to Mr Amolo, himself a respected lawyer, Mr Miguna merely 'witnessed' the oath, suggesting the latter has been exaggerating his role in the event and by extension the revolutionary movement that sought to make the country ungovernable for President Uhuru Kenyatta.

It is difficult to tell who between the lawyers, both of whom appeared in public in the company of Mr Odinga a number of times those days, is stretching the truth.

All we know for certain is that one of them found himself on the wrong end of the State's big stick while the other has continued to enjoy his personal freedoms.

Mr Miguna's recollection of events and the roles of the different players on the Raila team also appear to tally with those in The Failed Quest for Electoral Justice, the first book on the 2017 election authored by journalist John Onyando and released in July 2018.

Mr Onyando worked on the Raila presidential campaign and was also on the research team for Nasa's Supreme Court petition that culminated in the landmark nullification of President Kenyatta's first election victory.

Both Mr Onyando and Mr Miguna also had stints at Mr Odinga's office when he was prime minister between 2008 and 2013.

For the politically neutral, the two gentlemen's books come in handy in trying to gain a deeper understanding of the hits and misses of the Raila 2017 presidential campaign -- the organisational challenges, the competing ideologies internally, the Odinga family tensions, elite capture and the defeat and surrender. 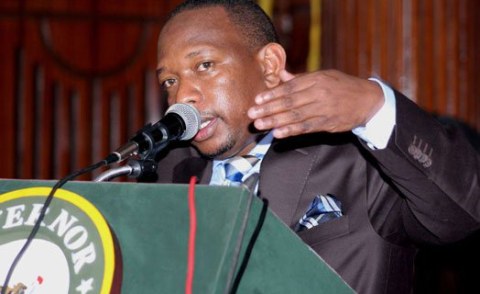 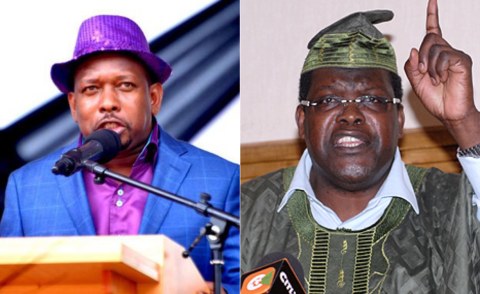 What Game is Nairobi Governor Sonko Playing With Miguna?
Tagged:
Copyright © 2019 The Nation. All rights reserved. Distributed by AllAfrica Global Media (allAfrica.com). To contact the copyright holder directly for corrections — or for permission to republish or make other authorized use of this material, click here.