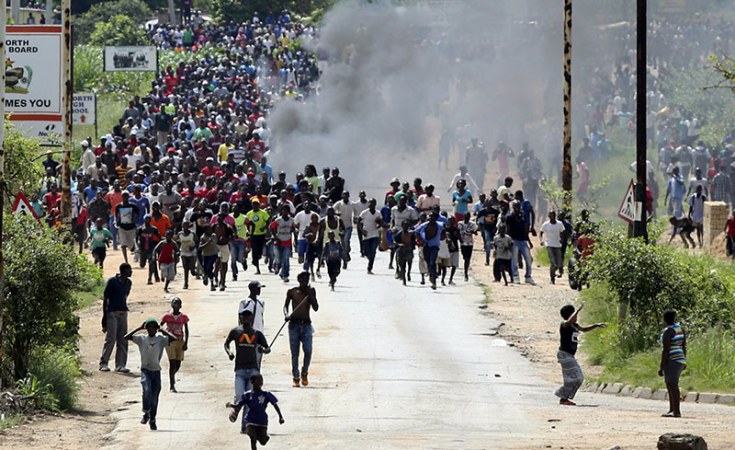 RIGHTS doctors were forced to abandon wounded victims of an army crackdown on civilians in the middle of treatment to run for dear life as armed soldiers stormed a private Harare medical facility to assault and drag patients accused of taking part in recent anti-government protests.

This is contained in a National Transitional Justice Working Group (NTJWG) report with shocking details of state brutality on those accused of taking part in the January skirmishes that rocked parts of the country following a government hike on fuel prices.

"Human rights doctors who have been treating the wounded are now in hiding as the state is hunting them down for treating victims of military and police brutality which has resulted in several deaths and injuries to civilians," says the report.

"Victims are not safe when receiving medical care.

"On 21 January 2019, the soldiers stormed a private medical facility where 28 victims of military brutality were receiving treatment and further assaulted and arrested them."

NTJWG further said that leaders of civil society organisations were being hunted down and attacked in their homes while family members were being held as ransom to force the activists to surrender.

"The situation warrants immediate intervention by the international community to ensure that perpetrators are held accountable," said the group.

At least 12 civilians died through injuries related to shootings by security forces in January, according to NGOs, while dozens more were left hospitalised for bullet wounds.

Rape incidents linked to the military have also been alleged as the country sinks back into its bitter past once presided over by former President Robert Mugabe.

Government has defended the deployment of the military to block what it claims was an overthrow attempt on the Zanu PF led administration by forces allegedly hiding behind genuine citizen demonstrations but has condemned army abuses.

The Zimbabwean government has come under international condemnation for the recent brutalities.