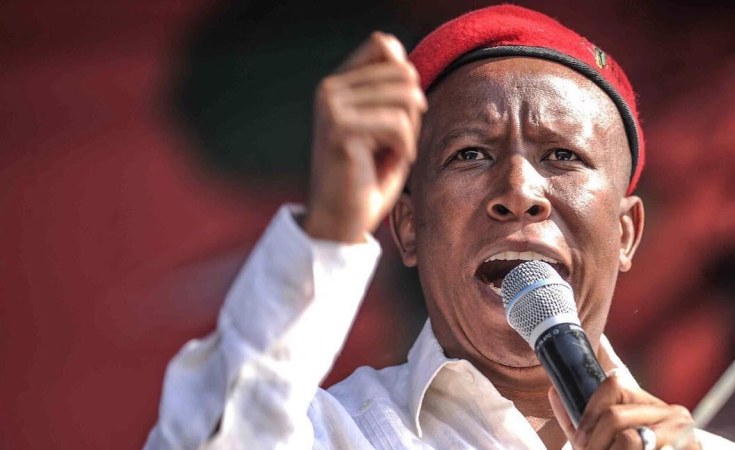 EFF supporters who travelled to the Giant Stadium in Soshanguve on Saturday - for the five-year-old party's 2019 election manifesto launch - were forgiving about the recent alleged transgressions of the party's leadership. They focused instead on the EFFs ability to 'talk to the heart' and give them hope.

At 7 am on Saturday, a bus filled with EFF members, young and old, left Joubert Park in Johannesburg, passed through Braamfontein to pick up students and made its way to Giant Stadium in Soshanguve for the party's election manifesto launch.

The bus on the two-hour drive was filled with jubilant singing, about the fierce leadership of party leader Julius Malema and about the corruption of the ANC government. The young danced and chanted the whole way there, while the old sat quietly, often taking naps.

One woman asked the bus driver to stop along the side of the road so that her five-year-old daughter, wearing a red T-shirt with "Juju's Kid" written on the back, could go outside and pee.

As the bus entered the drive-through into Giant Stadium, EFF members from across the country formed a long queue of buses, cars and pedestrians as they fought for space on...

ANC Looking for a Way Out On Land Issue - Malema