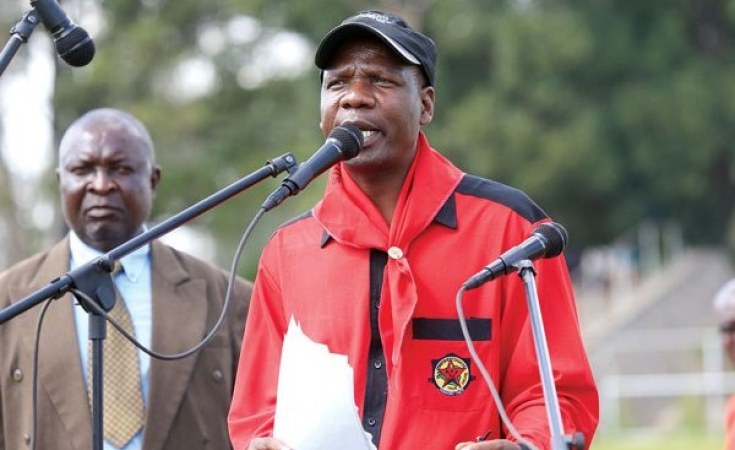 Bailed Zimbabwe Congress of Trade Unions (ZCTU) secretary general, Japhet Moyo is still languishing in remand prison after police have indicated they were still holding on to him over a different offence.

Moyo was arrested in connection with the ZCTU organised stay away of last month which turned riotous as citizens violently protested a government hike in fuel prices by more than double.

He has been in custody since 21 January this year.

His two alleged accomplices, ZCTU president Peter Mutasa and activist Evan Mawarire have since been freed on bail.

They are being accused of attempting to subvert or overthrow a constitutionally elected government after they had urged locals to embak on a three day job boycott over the fuel price increase and rising poverty levels in the country.

On Friday, the High Court also granted Moyo $2 000 bail and ordered him to report daily to the Harare Criminal Investigations Department's Law and Order division.

"Efforts to secure the release of our SG, Japhet Moyo have been in vain throughout the weekend.

"To our surprise, the police informed us that there are two cases in their records implying that Moyo was granted bail just on one of the cases.

"What also shocked us is that we were informed of another CRB number - 12154 which the secretary general was never charged with since his arrest," he said.

Marambanyika said the union's lawyers were now dealing with the matter.

Moyo is also among over 1 000 Zimbabweans who were arrested countrywide in connection with the violent protests which the Zanu PF led administration also blames on the opposition MDC.

Last week, the country's lawyers staged marches to protest what they described as "the capture and militarisation of the country's judiciary".

They accused the country's courts of sending protest suspects to jail without fair trial.

Why Mnangagwa, Chamisa Must Find Each Other Now