Botswana: From Despair to Hope: Journey of a Young Woman Born Infected With HIV 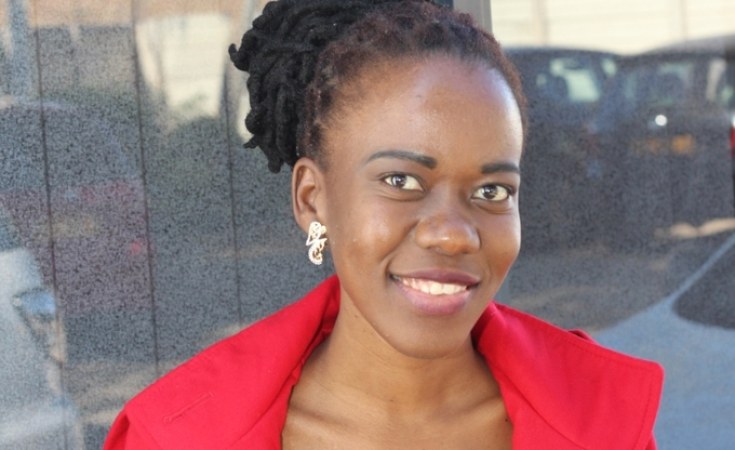 She was just ten years old when she found out she was infected with HIV: “I had been on treatment for some time and I kept on questioning why I was on medication. My aunt then took me to the clinic and a counsellor broke the news to me.”
Like many of her peers in Botswana, Masedi Kewamodimo, now 23, was born HIV positive. She had lost both her parents to AIDS in 2000 but it wasn’t until 2004 that her own status became known to her. At the time, the challenges she faced seemed insurmountable – especially, when and to whom to declare her status.
“The first person I told about my HIV status was my friend in standard four, a few days after I found out. However, I knew that not everyone would accept me, and in fact I feared [this].”
As she grew up, each stage of life brought a new set of challenges.
“At ten, I feared that I [was] going to die and not achieve my highest potential in life. In my late teens in university, I had a different set of challenges and one was that I feared that society [would] never accept people who are living with HIV, such as myself.”

Need for support changes
In Botswana, young people aged 15 to 24 years account for a third of new HIV infections (34 per cent) and of these, more than two thirds (69 per cent) occur among young women; each week, 61 young women aged 15 to 24 years are newly infected (UNAIDS Spectrum Data, 2017).
As her sexual and reproductive health needs changed, Ms. Kewamodimo’s journey has often been difficult. At each stage of development, adolescents and young people require targeted information and support to develop good coping skills for living with HIV and to navigate life as a young person living with HIV.
This hasn’t always been available to her.
“As a teenager, I was given enough support but as a young person, I don't feel I was supported to know how to cope. As a teenager there were support groups but nothing in place for a young person beyond that age. Going to university was difficult for me,” she said.

The type of support required includes emotional support and life skills, not only to ensure that they remain healthy, but also to allow youth living with HIV to talk about the challenges they face.

This helps them to address issues such as the fear of disclosing their status, and managing and coping with the potential rejection and stigma they face.
In Botswana, a number of support services exist for teenagers living with HIV.

However, these services target adolescents under 19 years old.

“After 19 years, there is nothing in place – no support structures that allow young people to come together to discuss their issues,” said Ms. Kewamodimo.
Journey from pain to advocacy.

I have always disclosed my status and so far I have faced a lot of rejection once I tell them. I have cried endlessly. That is what has fuelled me to become a better HIV advocate.
From early on, she decided to live openly with her HIV status.

However, the dating process has not been an easy one for her: “I have always disclosed my status and so far I have faced a lot of rejection once I tell them. I have cried endlessly. That is what has fuelled me to become a better HIV advocate.

Despite the challenges she faced, Ms. Kewamodimo successfully graduated with a Bachelor in Business in Tourism Management. As a result of her own experiences, she hosts a radio show that addresses HIV issues, for local radio station Duma FM, and volunteers at Sentebale to raise awareness about HIV and living openly with the virus, especially among young people.

It is important for support structures to be put in place to assist young people living with HIV, as they navigate new spaces and environments, such as university or employment, she believes. Without support systems, young people struggle to cope with any changes to their environment, which often results in them defaulting on their HIV treatment and not disclosing their HIV status to loved ones, friends and new partners.

UNFPA in Botswana supports young people living with HIV in Botswana by ensuring that they are included in national polices and strategies, and that their needs are taken care of. Strategies and documents for which UNFPA has advocated for the inclusion of, or a focus on, adolescents living with HIV include the operational plan for adolescent health and National HIV Packages for adolescents and young people.

Govt Calls For Unity in War Against HIV and NCDs in Botswana
Tagged:
Copyright © 2019 United Nations Population Fund. All rights reserved. Distributed by AllAfrica Global Media (allAfrica.com). To contact the copyright holder directly for corrections — or for permission to republish or make other authorized use of this material, click here.