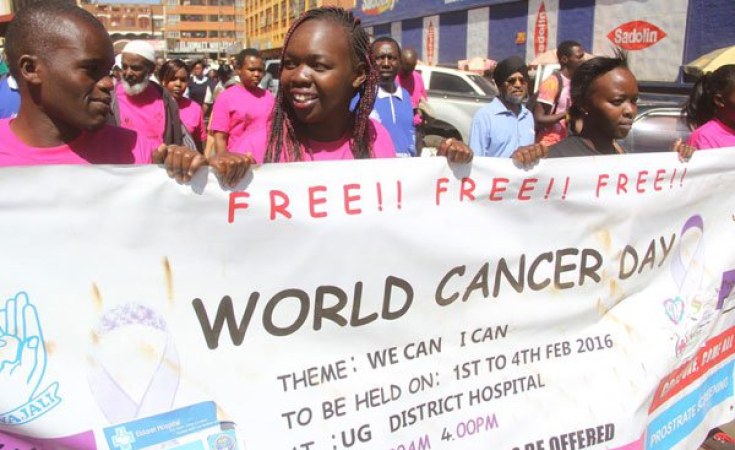 Cancer, as an ailment, is deservedly attracting the attention of not only health authorities but also individuals who have had encounters, directly or indirectly, with its mortal effect. To that extent, World Cancer Day, which falls on every February 4, is seen by those engaged in the campaign to prevent or find a cure for it, as a powerful opportunity to speak out, to call for action, to listen to cancer patients and their families, and to give them a voice.

The day empowers all across the world to show support, raise collective voices, take personal action and press governments and their agencies to do more. It is the only day on the global health calendar where activists can all unite and rally under the one banner of cancer in a positive and inspiring way.

The call 'Create a future without cancer, the time to act is now, supports the theme of this year's activities, I Am and I Will' and marks the beginning of a three-year campaign under the tagline of 'We can. I can.' Agreed on in 2016, it is an action plan to explore the power of collective and individual actions to reduce the impact of cancer. Prior to 2016, the campaign themes included "Not Beyond Us" and "Debunk the Myths".

The theme also acknowledges that everyone has the capacity to address the cancer burden. Collectively, humanity can work together to reduce cancer risk factors. The campaign offers an opportunity to overcome barriers to early diagnosis, treatment and palliative care. According to the World Health Organisation (WHO), international community, acting together can work to improve cancer control and achieve global targets to reduce premature mortality from cancer. In its recently released statistics, WHO claimed that 17 people die every minute from cancer.

The Day is also recognised internationally as a day to raise awareness of cancer and to encourage its prevention, detection, and treatment. World Cancer Day was founded by the Union for International Cancer Control (UICC) to support the goals of the World Cancer Declaration, written in 2008. The primary goal of World Cancer Day is to significantly reduce illness and death caused by cancer and it is an opportunity to rally the international community to end the injustice of preventable suffering from cancer.

The day targets misinformation, raises awareness, and reduces stigma. Multiple initiatives run on World Cancer Day to show support for those affected by cancer. One of these movements is #NoHairSelfie, a global movement to have "hairticipants" shave their heads either physically or virtually to show a symbol of courage for those undergoing cancer treatment.

In a more pragmatic way, a national cancer control programme (NCCP) has been put in place by WHO as a public health programme designed to reduce the number of cancer cases and deaths and improve quality of life of cancer patients. This is done by implementing systematic, equitable and evidence-based strategies for prevention, early detection, diagnosis, treatment and palliation using available resources.

The organisation, in its admonition, observed that no matter what resource constraints a country faces, when well-conceived and well-managed, NCCP helps reduce the cancer burden and improve services for cancer patients and their families. However, it warned that national cancer control plans should be goal-oriented, realistic, carefully prepared and appropriately funded through a participatory process in order to be effectively implemented. Cancer control planning requires accurate data, including reliable cancer registries and monitoring and evaluation programmes to ensure programmes are appropriately prioritized and to assure quality.

WHO pointed out that if national leaders decide to create a new or updated cancer control plan, then the cancer control planning process can start with broad participatory support. All key stakeholders should be involved early in the planning stages, and national leadership is needed throughout the process. Decision-makers can be reassured that a cancer control plan will not create a costly vertical programme, but should be integrated with non-communicable diseases and other related programmes to make better use of available resources. Apart from ignorance on the part of the populace, WHO says that in less than 30 per cent of low-income countries including Nigeria, generally accessible diagnosis, treatment services, and referral systems for suspected cancer are often unavailable resulting in delayed and fragmented care/ poor management.

In Nigeria and as part of activities marking 2018 version of the day, the Federal Government launched a four-year action plan on cancer - the four-year National Cancer Control Plan (2018-2022). With the disease being such a major health problem in the country, all hands must be on deck for prevention or early detection with a view to making cure and management possible. That includes going beyond the fanfare of a launch. 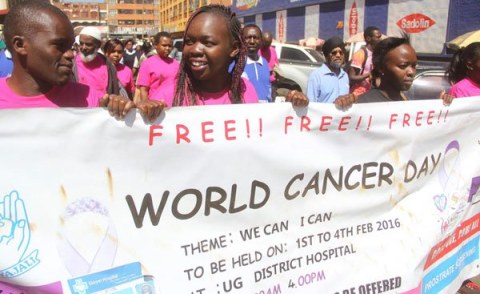 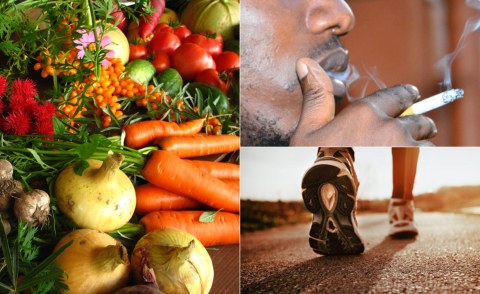 Why Sectors Must Join Forces to Tame Cancer in Sub-Saharan Africa
Tagged:
Copyright © 2019 Leadership. All rights reserved. Distributed by AllAfrica Global Media (allAfrica.com). To contact the copyright holder directly for corrections — or for permission to republish or make other authorized use of this material, click here.