Namibia: Trade Union Calls for Geingob to Act On Zimbabwe 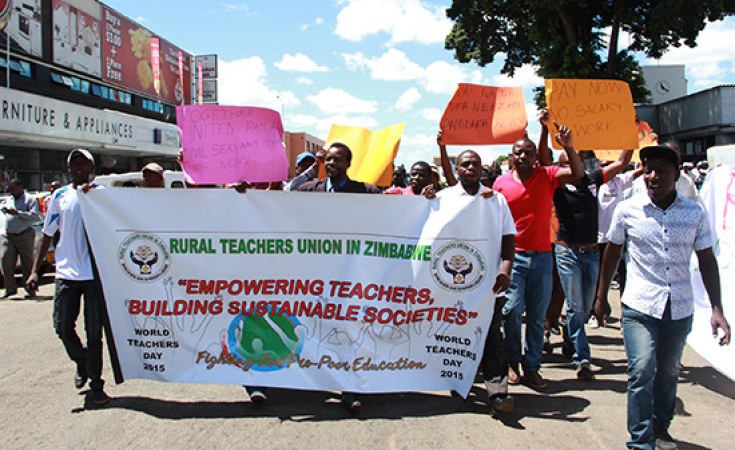 Trade Union Congress of Namibia's secretary general Mahongora Kavihuha has urged president Hage Geingob to use his "authority and power" as SADC chairperson to intervene in the deteriorating situation in Zimbabwe.

Kavihuha, who made the remarks to The Namibian last week, said Geingob should as chairperson be able to do something regarding the situation in Zimbabwe this month. He stated that it was discouraging and astonishing that Geingob was still quiet on the matter.

"The crisis in Zimbabwe started more or less at [the same time of the] election in the DRC. He was eager to talk about the DRC, but when it comes to Zimbabwe, until this stage he is quiet," he said.

Kavihuha stated that there are attacks on trade unionists in Zimbabwe, pointing out the recent arrest of the secretary general of the Zimbabwe Congress of Trade Unions (ZCTU), Japhet Moyo, two weeks ago.

"Today, we learned that the vice president of ZCTU was arrested, and many more trade union leaders have been arrested and tortured, including citizens," he added.

Moyo was seized at Robert Gabriel Mugabe International Airport as he returned from China, precisely a week after the ZCTU called for a stay-at-home strike to protest a "provocative" 150% fuel price increase.

He faced charges of plotting to overthrow the government, his lawyer said, while the organisation's president Peter Mutasa was in hiding.

Kavihuha added that the union wants Geingob to work with his counterpart, the president of Zimbabwe, to address the matter as an emergency.

"We are aware that the liberation movements are in cahoots regarding oppressing people's rights and people's feelings, but I hope that our president will show some degree of being a responsible leader, and call upon his counterpart in Zanu-PF to at least respect human rights," he stressed. 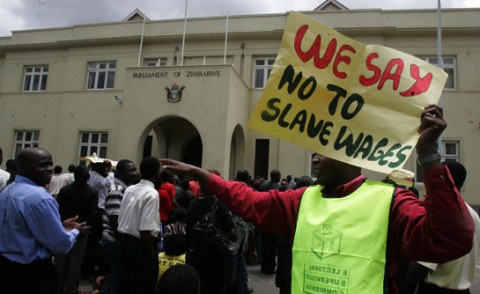 Opposition Leader Chamisa Snubs Mnangagwa Dialogue Call
Tagged:
Copyright © 2019 The Namibian. All rights reserved. Distributed by AllAfrica Global Media (allAfrica.com). To contact the copyright holder directly for corrections — or for permission to republish or make other authorized use of this material, click here.