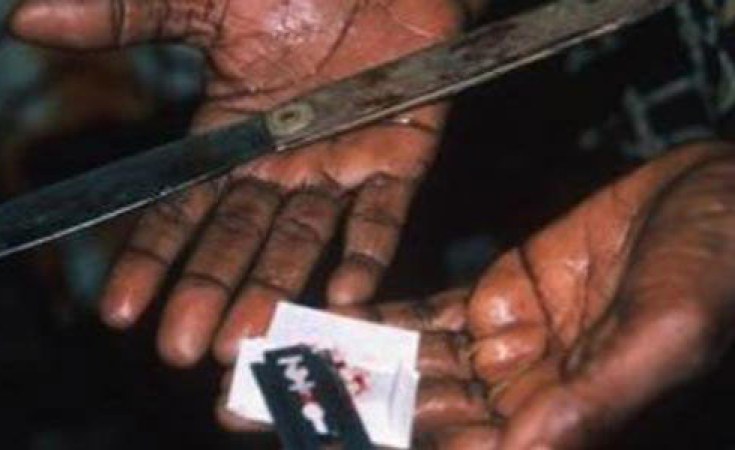 The challenge of Female Genital Mutilation & Cutting, FGM/C in Nigeria and several countries persists despite efforts to curb it.

According to UNICEF, FGM/C, also known as female circumcision, refers to "all procedures involving partial or total removal of the female external genitalia or other injury to the female genital organs for non-medical reasons."

Female circumcision is a long-term traditional practice and the belief was that females not circumcised would be promiscuous persists in some communities.

Enlightnment about the health hazards of the practice have improved, but it continues to thrive in some communities mainly to fulfil traditional personal beliefs and practices.

Globally, argument against the practice has strengthened and female circumcision is currently recognised as a violation of girls' and women's human rights. Essentially, it is a human rights issue and its elimination is a global concern.

Among efforts to end the practice is the introduction of the Sustainable Development Goals target under Goal 5 to eliminate all harmful practices, such as child, early and forced marriage and FGM/C, by the year 2030.

Statistical evidence suggests that female circumcision is a dying practice. The practice is gradually declining although still occurs globally but is half as common among young women (ages 15 to 19) than among middle-age women (ages 45 to 49, even in communities in African countries where the prevalence remains high.

The steep decline in prevalence among young women in some countries suggests that efforts to end FGM/C are yielding results.

Experts see the decline as a reflection of positive change. Women and girls are less likely to be cut today than previous generations of women and girls.

Statistics from UNICEF show that no less than 200 million girls and women alive today living in Nigeria and several other countries have undergone one form of cutting or the other.

From available data, 24 percent of women and girls in Nigeria aged 15-48 years have been cut.

Admittedly, while there has been an overall steady but slow decline, progress has not been uniform and the pace of decline has been uneven. There are concerns that current progress is insufficient to keep up with increasing population growth.

There is evidence of significant generational change in the prevalence of FGM/C in Nigeria as women aged 45-49 are around twice as likely to have been cut than girls aged 15-19. There is also evidence that many people irrespective of age or gender think FGM/C should stop.

Women who have heard about FGM/C and think the practice should continue is 21.6 percent while 18.4 percent of girls and women aged 15-49 years have undergone FGM.

Data from the DHS; MICS, National Social Protection Monitoring Survey, Population and Health Survey, SHHS and Welfare Monitoring Survey, 1997-2013, show that 23 percent of girls and women aged 15 to 49 years that heard about FGM/C think the practice should continue.

According to the UNICEF global database on FGM/C (October 2018), the prevalence of FGM/C among girls and women in the country aged 15 to 49 years dropped to 18 percent (23 percent urban and 16 percent rural).

The database shows that 22 percent of girls and women in Nigeria are supporting the continuation of FGM/C. According to the data, 22 percent of these women are in the urban areas while 20 percent live in the rural areas.

Calls for Nigeria to Enact Laws on Female Genital Mutilation
Tagged:
Copyright © 2019 Vanguard. All rights reserved. Distributed by AllAfrica Global Media (allAfrica.com). To contact the copyright holder directly for corrections — or for permission to republish or make other authorized use of this material, click here.