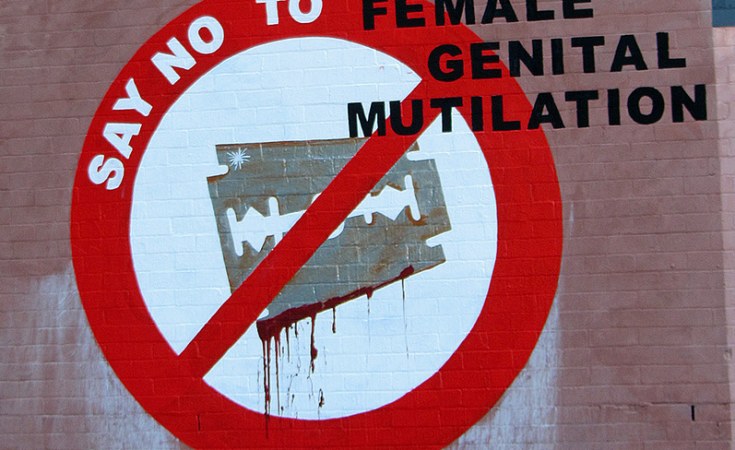 Last week, we witnessed the first-ever conviction of female genital mutilation/cutting (FGM/C) in the UK, more than 30 years after the practice was criminalized in that country.

This marks an important victory for those who have been advocating for an end to FGM, including in both the UK and North America, where it may be more common than is often assumed.

It is concerning that it took more than 30 years for this brutal act to be successfully prosecuted in a place like the UK, but I am not surprised.

While legal action is important, I firmly believe that education and awareness about the horrors of FGM is what works in the long term.

The first - and possibly most significant - of these misconceptions is that FGM makes a girl 'pure' and, thus, is encouraged by Islam and other religions.

A few years ago I went to Indonesia on behalf of Islamic Relief Canada (IRC) to do some field research on the growing practice of FGM on babies and children in that part of the world.

A common theme between what I experienced there and what I have seen in the UK, Europe and North America is that there are some Muslim communities who genuinely believe that FGM is an Islamic practice because it 'purifies' and protects the girl during adolescence and before marriage.

It's appalling that this is the exactly the kind of ignorance and injustice that Islam instructs Muslims to fight AGAINST in society - and yet many Muslims still stubbornly uphold the practice.

This is why I feel it is so important to demonstrate that religion - and in particular pure Islam - can actually play a very effective role in ending FGM once and for all.

The Qur'an, for example, makes absolutely no mention about FGM and the few statements falsely attributed to Prophet Muhammad supposedly okaying FGM were declared unreliable centuries ago.

In the modern era, representatives of Al-Azhar University (among the oldest universities in the world) as well as the Organization of Islamic Cooperation (representing 53 Muslim-majority nations) have both declared FGM to be unacceptable.

What the Qur'an does state, however - in a lengthy chapter dedicated to women's rights - is that any and all attempts to "alter God's fair creation" can only be an evil act inspired by the devil.

And what Prophet Muhammad did, in fact, reliably say is that we should 'not harm ourselves or others'.

And so there are many Muslims, like myself, who find inspiration within true Islamic teachings to fight against FGM/C.

Late last year, for example, I brought together my research on many of the gender challenges faced by women around issues such as FGM, early/forced marriage, domestic violence - and published a manual which clarifies the actual Islamic positions on these practices.

Thankfully, there are a growing number of Muslim women who now work on a daily basis to counter these oppressive myths perpetuated falsely in the name of religion and Islam, and much of this advocacy is supported by forward-thinking humanitarian charities, women's groups and many other Muslim and non-Muslim organizations.

We know from centuries past, that religion in general can be used as a force for good or one for evil.

In today's world, the fight against this brutal mutilation - carried out upon an estimated three million girls every year - is a pivotal issue where true Islamic teachings must be understood and enlisted as a force for good in eradicating FGM once and for all, God willing.

Calls for Nigeria to Enact Laws on Female Genital Mutilation
Tagged:
Copyright © 2019 Thomson Reuters Foundation. All rights reserved. Distributed by AllAfrica Global Media (allAfrica.com). To contact the copyright holder directly for corrections — or for permission to republish or make other authorized use of this material, click here.