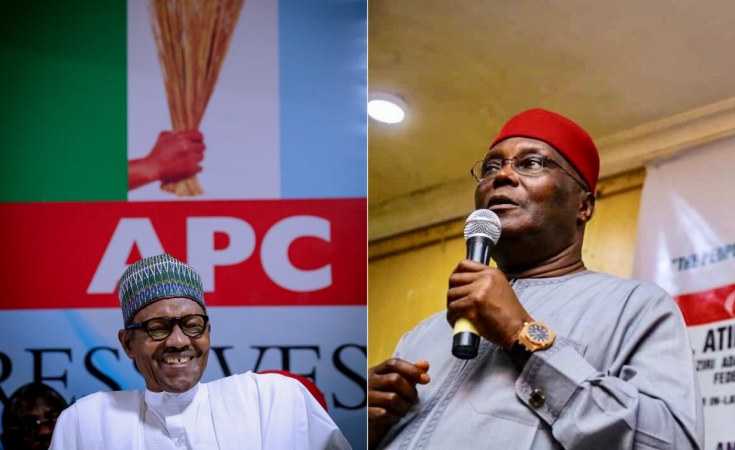 Nigerians are preparing for a presidential election on 16 February. With campaigning underway, violence is already playing a role in an election where the two top contenders, incumbent Muhammadu Buhari and Alhaji Atiku Abubakar, are both of the same religion, same region and same ethnic group.

The two leading candidates are both from northern Nigeria and both men are Fulani Muslims.

"These are quite mitigating factors on certain kinds of violence," says Nnamdi Obase, a senior advisor on Nigeria at the International Crisis Group.

But that hasn't stopped the bloodshed.

“There are risk factors in literally all the states of the country,” says Obase. But his report focuses specifically on six: Rivers, Akwa Ibom, Kaduna, Kano, Plateau and Adamawa.

These states have a "convergence of factors", such as high stakes mixed with the desperation of the people to win, and ultimately a history of impunity over previous violence.

"We've never learned anything from the previous elections," says Ilembola Obe, a research fellow at the Initiative for Public Policy Analysis based in Lagos. "If you look at the political campaigns, if you look at the killings, the maiming, the violence... I believe it's going to go the same trend."

According to Obase, this repeated impunity from previous violence during elections is likely what allows candidates to resort to such measures mixed, with the vast diversity across the country that lends itself to different ethnic, regional and fault lines.

"Sometimes politicians play on these fault lines and whip-up sentiments which then snowball into violence," explains Obase.

"There has never been a level playing field for all participants that are running in elections. So we have the government in power at every level... trying to stifle the opposition," adds Obe.

Only those with the financial means for campaigning and connections have a real chance. "It's a rewards system for those of them in power and around them. Because we have made a government so juicy in Nigeria... .it's about connections, it's about who you know, it's about nepotism... Everybody wants to get there at [any] cost and when it involves human life, they don't care," he stresses.

New blood in the mix

Having the financial means to run in such a presidential race already minimises the chances for other hopefuls, who might want to see an end to the repeated patterns.

"Most of the younger candidates have brilliant ideas. The have passion and they have dynamism. But they do not have the resources to mobilise at the national level," says Obase, who goes on to explain that they don't have the "parties' structures like the PDP and the APC to ride on for their campaigns".

One electoral hopeful, Oby Ezekwesili – the woman who started the online #BringBackOurGirls campaign after the 2014 kidnapping of 300 school girls in Chibok by Boko Haram militants – was running for the Allied Congress Party of Nigeria, the ACPN.

But as of last week, she bowed out.

Since then, the ACPN has formally offered its support to the APC.

“Their actions last week did not surprise me one bit,” says Ezekwesili as quoted by the Nigerian paper Vanguard. “My relationship with the ACPN become problematic once they faced the reality of my modest financial means that I had transparently disclosed to them from the beginning."

Many were hoping that she would have made it into the final days. "She was one of those I was looking up to that would give the other two giants [APC and PDP] a very good fight," says Obe.

He adds that while her reasons for pulling out were likely personal, he doesn't believe she was with the right party from the start: "They were very against what she believes in," he says.

Despite some 90 plus parties running in these elections, the main two remain the APC and the PDP.

And as noted earlier, each party is being represented by a candidate from the same region, religion, ethnicity and age.

So what different issues does each one support?

"They are not very sharp differences between them at all," explains Obase. He makes the point that Nigerian politics is not that ideologically driven, but rather transactional. "People, politicians traffic from one party to the other, without any sense of commitment to any particular ideals."

In essence, the game becomes more about which party can outdo the other one in proving it is less corrupt and has kept more promises, rather than putting forward a strong platform based on political beliefs and ideology.

Or as Obe sums it up: "APC or PDP, it's just a nomenclature".

One could argue that the many parties that colour the candidate list is merely a veneer of plurality. At the end of the day the race comes down to the APC or the PDP and even then, it's a popularity contest.

With such violence already breaking out, the government is preparing to increase security.

The police have already tried to give assurances that they are planning for increased security surrounding the elections explains Obase. He adds that a number of organisations, especially those supported by the European Union, have also provided training for police and other security agencies about securing the elections.

That said, Obase believes there is reason to be concerned in "the police and other security agencies in over-deploying", which may discourage voters.

But at the end of the day an end to violence has to come from the source, and in this case both Obase and Obe believe it comes from the parties and the candidates themselves.

There needs to be more emphasis on both the parties and candidates to "reign in their supporters to avoid violence", stresses Obase.

Previous Story
Fear Grips Opposition Parties Ahead of Polls
Next Story
We Only Seek Second Term, Not Third, Like Some People - Buhari

We Only Seek Second Term, Not Third, Like Some People - Buhari

84 Million Nigerians Voting - What are the Challenges?
Tagged:
Copyright © 2019 Radio France Internationale. All rights reserved. Distributed by AllAfrica Global Media (allAfrica.com). To contact the copyright holder directly for corrections — or for permission to republish or make other authorized use of this material, click here.