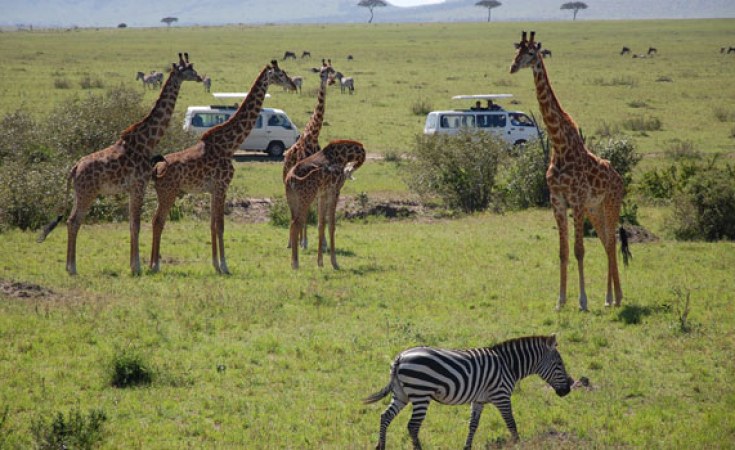 Former senior executive adviser in the Office of President Uhuru Kenyatta now says Kenya overcommitted itself to debt and may struggle to curb borrowing spree in the wake of sluggish growth in tax revenues.

Dr Mbui Wagacha, a policy analyst who left the advisory role in the top office last December after five years, says Parliament has looked the other way as the National Treasury gave the Kenya Revenue Authority (KRA) unrealistic revenue targets only to fall back on debt and expenditure cuts.

"If you look at 2011/2012, we were spending only about 11 per cent of GDP (Gross Domestic Product) directly to repay debt. We are now talking about 57 per cent of GDP in public debt."

Commenting on last year's shock supplementary budget that required Mr Uhuru's push for it to sail through a chaotic August House, Dr Wagacha said the reviewed estimates were passed in a manner that "dilutes Parliament's power to control public finances".

His sentiments, made last week during an economic forum organised by Commercial Bank of Africa, comes at a time the Treasury is mulling a Sh250 billion Eurobond and as President Kenyatta has reiterated that his administration will continue borrowing to bridge the development budget.

He declined to disclose why he opted out of the advisory role in the Executive, having been there since 2013, when Mr Kenyatta took the reins.

"I have finished my assignment and I am going to my next one. I have other works to do," he told the Smart Company.

Kenya's total debt stands at Sh5.14 trillion, according to data from Central Bank of Kenya (CBK), with the Treasury projecting it to hit Sh7.17 trillion at the end of June 2022, the year Mr Kenyatta leaves office.

If that comes to pass, President Kenyatta will have contracted at least Sh5.27 trillion debt to implement his manifesto in 10 years in power, having inherited slightly more than Sh1.89 trillion in June 2013.

The split between external and domestic borrowing in the total debt stock is about 51:49.

However, reflecting higher domestic interest rates, debt servicing charges on the domestic debt stock is about three times higher than from the external debt stock, according to World Bank in the October 2018 Economic Update report.

Dr Wagacha says effective austerity measures should set in as quickly as possible to guard against a debt burden that may harm the country's macroeconomic stability.

"If we reach a debt-GDP ratio of 74 per cent, basically a lot of our securities and bonds will be declared junk. That is a big threat," said Dr Wagacha, who at one point chaired the Central Bank board.

His concern tallies with that of World Bank in the 2018 Country Policy and Institutional Assessment (CPIA), which said that the Treasury's debt management unit lacks adequate staff, clear leadership and accountability.

"Although on paper the Medium-Term Debt Management Strategy provides a framework for prudent debt management, it is not clear that it is being followed, considering the sovereign debt trajectory that has kept increasing at a sustained pace over the past years," the WB September 2018 report says.

Dr Wagacha says this debt pressure, combined with sluggish growth in revenue, sets up the economy for "trouble."

In contrast to expenditures, Kenya's domestic revenue mobilisation has significantly underperformed, thereby mitigating the extent of fiscal consolidation, says the WB, adding that total revenue as a share of GDP fell to its lowest level in a decade in the 2016/2017 financial year.

"The current target for revenue collection has been overly ambitious. These targets have proved unattainable if you look at collection for the last five to seven years," he says.

"The weakness in revenues makes many macroeconomists question if we have the right people for that job or if it is a capacity problem."

Govt Seeks to Limit Loans as Kenya Seals More China Deals
Tagged:
Copyright © 2019 The Nation. All rights reserved. Distributed by AllAfrica Global Media (allAfrica.com). To contact the copyright holder directly for corrections — or for permission to republish or make other authorized use of this material, click here.