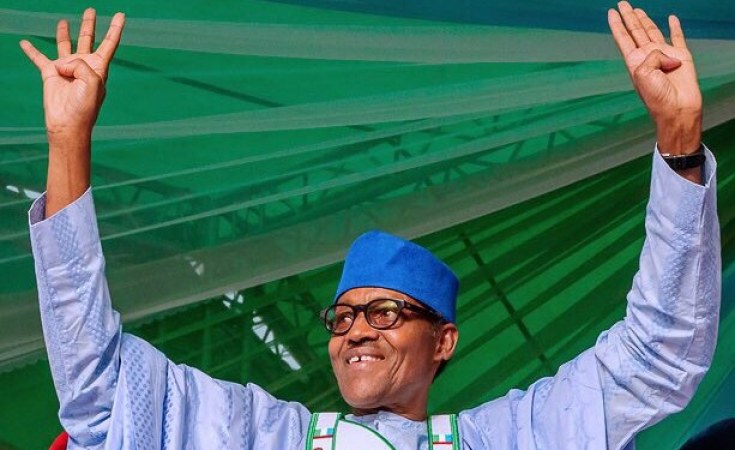 President Buhari, who stated this at All Progressives Congress, APC, presidential campaign in Makurdi, the Benue State capital, assured that he would not change from what he is.

"I assure you, I am not going to change. I am going to be consistent, I will remain steadfast. Anybody who abuses trust will be exposed and dispossessed," he said.

He said with the crowd at the Aper Aku stadium to identify with his re-election bid, he was convinced that Benue people believed in what his administration was doing to transform Nigeria.

Buhari said the country had made tremendous success in improving the economy as well as tackling the challenge of insecurity in parts of the country and the fight against corruption.

He said: "I stand before you to thank you most sincerely for defying the weather and standing for hours to come and see and listen to us. I am very grateful.

"I am convinced that you believe in what we are doing and that you stand to support us even further. When I came to look for your vote in 2015, I promised three fundamental issues based on our party manifesto. Security, economy and fighting corruption. We will do roads, rail ways and provide electricity with monies recovered from looters."

The President also stated that his government would dispose all assets recovered from corrupt Nigerians and plough the proceeds into the economy.

He promised to remain steadfast in his fight against corruption, stressing that his government was winning the war.

Buhari also noted that his administration had recorded successes and delivered on most of the promises.

"Today, non of our territory is under the control of Boko Haram terrorists. Although fighting corruption has remained a major challenge to this government, I will not change but remain consistent and steadfast in fighting corruption.

"All recovered looted funds will be use to improve infrastructures, build roads, construct rail-lines and improved power.

"We have also been able to rescue all local government areas in the North Eastern states from the hands of Boko Haram. No single Nigerian territory is under the control of the terrorists," Buhari said.

On the coming general elections, the President promised to deploy enough security to ensure that the elections were free, fair and credible.

Addressing the gathering, leader of APC in the state, Senator George Akume, accused the PDP led government in the state of failing to improve the welfare of the people.

He commended President Buhari for taking the bold step to rescue Nigeria from the hands of corrupt leaders who he accused of milking the nation's resources.

Senator Akume maintained that Benue people had no problems with herdsmen, especially during his time as governor of the state.

"Therefore, nobody should hide under incompetence, senselessness and under-performance to lament," Akume said.

He said that Benue people were prepared for the forthcoming general elections and appealed to President Buhari to deploy more security to the state to conduct the elections.

The National Chairman of the party, Comrade Adams Oshiomhole, urged the people to elect Emmanuel Jime as governor of the state.

Present at the event were the Minister of Agriculture and Rural Development, Chief Audu Ogbe, governor of Plateau State, Simon Lalong, and other patty chieftains in the state.

Previous Story
I Am On Rescue Mission to Save Nigeria, Says Atiku
Next Story
Polling Firm, Which Predicted Buhari's 2015 Victory, Predicts 2019 Defeat

I Am On Rescue Mission to Save Nigeria, Says Atiku

Nigerian Election Office Burnt Down in Plateau State
Tagged:
Copyright © 2019 Vanguard. All rights reserved. Distributed by AllAfrica Global Media (allAfrica.com). To contact the copyright holder directly for corrections — or for permission to republish or make other authorized use of this material, click here.