Mozambique: Bar Association Chair Says Secret Debt Is 'Odious' and Should Not Be Paid 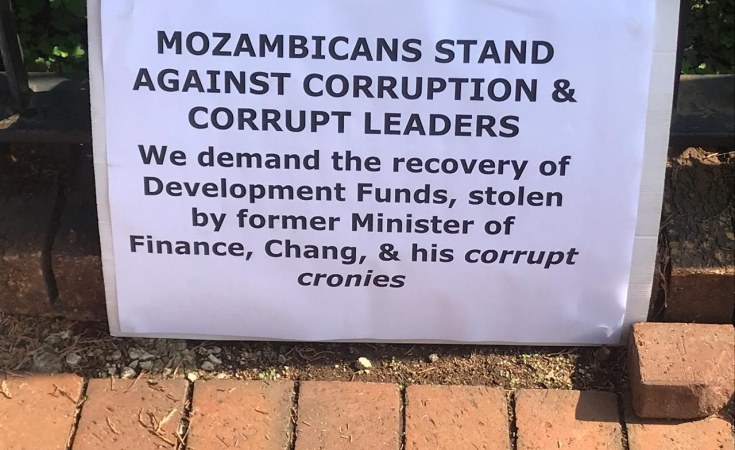 He continued that in 2015 when the debt became public the Bar Association (OAM) "said there was a need to treat this process with the seriousness it deserves, to prevent the Mozambican justice falling into complete disrepute. We were right: disrepute is a sad reality today, with obvious signs that we have lost control of the situation and try to rescue ourselves from indefensible cases. With every passing day, the Kempton Park court in South Africa, similar to a municipal court in our country, has been putting on the table letters that embarrass our system of administration of justice, Here the question is whether we are facing incapacity or whether, instead, the criteria of legality and impartiality has been put in a drawer and forgotten."

Other points made by Dr Manete included:

Coming from the head of the Bar Association, these rapid fire criticisms carry weight.

We should thank the police, argues Carta de Mocambique columnist Juma Aiuba. "If it wasn't for the police, many people wouldn't have known that CIP was promoting a campaign with free t-shirts saying 'I won't pay the secret debt'. … The regime is creating heroes without seeing that they are transforming dwarfs into giants and sardines into whales. Who was Amade Abubacar? An 'invisible' journalist on a community radio who, thanks to the regime, has become a hero. … To become a hero today, you only have to exercise your rights as a citizen."

Five Arrests and One Dismissal in Secret Debt Case

Mozambique Govt Takes Secret Debt Fight to London Court
Tagged:
Copyright © 2019 Mozambique News Reports And Clippings. All rights reserved. Distributed by AllAfrica Global Media (allAfrica.com). To contact the copyright holder directly for corrections — or for permission to republish or make other authorized use of this material, click here.