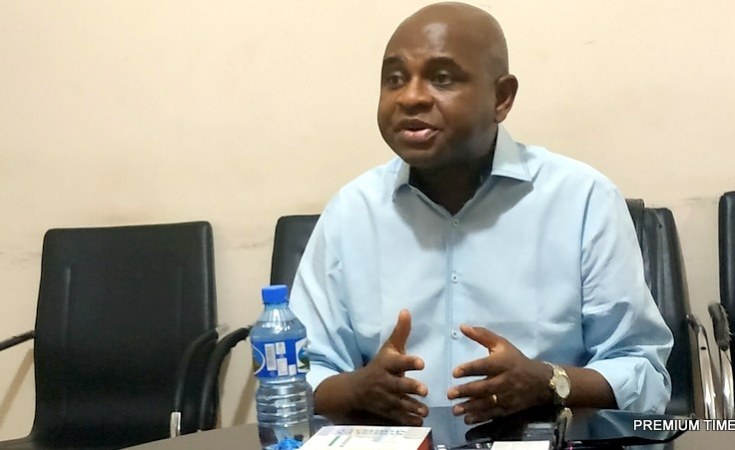 The presidential candidate of the Young Progressives Party, Kingsley Moghalu, has described the endorsement of his candidature by Nobel Laureate, Wole Soyinka, as "humbling."

Mr Moghalu, a former deputy governor of the Central Bank of Nigeria, said in a statement Saturday that the endorsement was important because of Mr Soyinka's reputation and the "elaborate process" his Citizen Forum went through before reaching their decision.

"Our party - the Young Progressives Party - and I, salute the courage and the good judgment of the Nobel Laureate and icon of democratic struggle in Nigeria," Mr Moghalu said in the statement.

Mr Soyinka, a professor, had announced on Friday the decision of his Citizen Forum to throw their weight behind Mr Moghalu, describing the YPP candidate as the most qualified among the presidential candidates.

"As Soyinka and the Citizen Forum have ended their search for a consensus candidate to lead the country in a new direction, I appeal to other Nigerians desirous of a new dawn, ushered by a competent and visionary leadership to also consider ending theirs with my candidacy.

"We all should now approach the ballot with a single purpose of defeating the recycled old politicians," Mr Moghalu said.

The YPP candidate said he would form an inclusive government if he becomes president.

"Working with Nigerians from all parts of the country, including our women and youth, we will transform our country from division to unity; we will create jobs and foster prosperity; and we will restore respect for Nigeria in the world," Mr Moghalu added.

Do Nigerians Want a Young President?

Buhari Versus Atiku - Who Will Win 2019 Presidential Election?
Tagged:
Copyright © 2019 Premium Times. All rights reserved. Distributed by AllAfrica Global Media (allAfrica.com). To contact the copyright holder directly for corrections — or for permission to republish or make other authorized use of this material, click here.

Most Powerful Passports For 2021 - Where Does Yours Rank?
External Relations