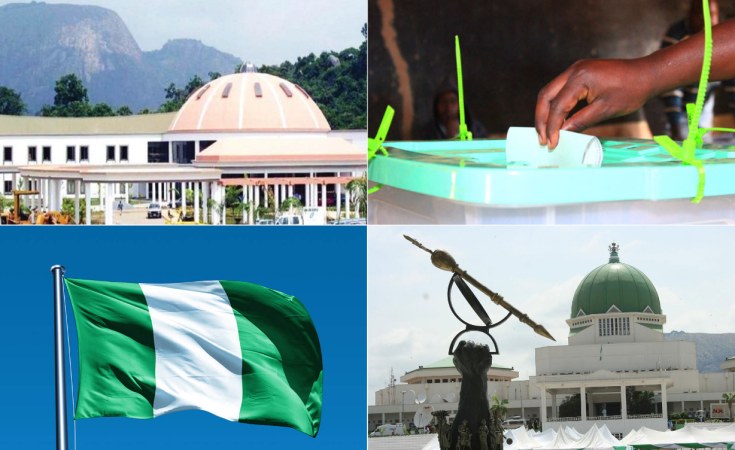 Next Saturday's general election is a major popularity test case for a majority of the National Assembly members.

The election of the 479 members of the Ninth National Assembly will take place on Saturday, February 16, in all the 109 Senatorial Districts and 360 federal constituencies across the federation. It is the same day the presidential poll will also hold across the length and breadth of the country in line with the time table released last year by the electoral umpire, the Independent National Electoral Commission (INEC).

While some if not most of the federal lawmakers won the return tickets of their respective parties, others were not as fortunate as they lost out during the party primaries held between September and October last year. Some others including eight Senators were lucky to have won the primaries to fly the gubernatorial tickets in their respective states and their election will be due on Saturday, March 2.

Some of the ranking Senators are already scheming to be principal officers of the Ninth Senate despite the fact that they are yet to be re-elected. The Senate President, Dr. Bukola Saraki, who is seeking re-election into the Senate for the third time after serving as a two-term governor of Kwara State from 2003 to 2011 is keen on returning as Senate President and Chairman of the National Assembly.

Although he may be re-elected as Kwara Central Senator, because of his firm hold on the politics of his home state and has support that cuts across party lines among the Senators, there are other Senators, who are up in arms against him.

They include Senators Ahmad Lawan (Yobe North) and Ali Ndume (Borrno South), one of whom the ruling party (APC) is banking on to become the Senate President if the party still controls the majority after the February 16 election.

Though the outcome of the Saturday poll would not change the present membership and power configuration in the Senate, it would definitely determine the configuration of the 9th Senate in June.

No fewer than 251 out of the 360 lawmakers in the House of Representatives are seeking re-election into the Green Chamber of the National Assembly.

They include the longest serving member of the House, 59-year old Hon. Nicholas Ebomo Mutu, who was first elected to the House in 1999 on the platform of the PDP to represent Bomadi/Patani federal constituency of Delta State at the age of 39. He had since been re-elected for a record five times.

There is also Hon Femi Gbajabiamila, the Leader of the House, who has also been in the House since 2003 representing Surulere 1 federal constituency of Lagos State under the APC. He came in when he was 40 and has always been returned at successive elections. He enjoys massive support from his constituents, who consider him mature enough to become the Speaker of the Ninth assembly.

How such interest will play out if he was re-elected for the fifth time may be a dicey thing as the Speaker of the House of Representatives, Hon. Yakubu Dogara, is also in the race. He is also seeking re-election for the fourth time since 2007 and equally has the support of his constituents in Bogoro/Dass/Tafawa Balewa federal constituency of Bauchi State. In fact, they requested that he should return to House. His backers are also of the opinions that he could still return as the Speaker if he won his re-election.

The Minority Leader, Hon Leo Ogor, representing Isoko North/Isoko South federal constituency of Delta State has also been in the House since 2003. A ranking PDP legislator, Ogor is one of the most outspoken members of the house.

There are also Hon. Yakubu Barde of the PDP in Kaduna, who has been around since 2003, representing Chikun/Kajuru federal constituency, and Hon. Kabiru Marafa Achida (APC, Sokoto) who came to the House of Representatives in 2003 and has won his re-election since then. He represents Wurno/Rabah federal constituency.

However, while a significant number of the lawmakers were unable to secure their return tickets due to political intrigues, most others who got the confidence and support of their party members during last year's party primaries would have the privilege of slugging it out during the election.

Adamawa state parades among others, a very experienced Chairman of the House Committee on Media and Public Affairs, Hon. Abdulrazak Namdas (Jada/Ganye/Mayo Belwa/Toungo, APC). He is fingered as one of the lawmakers eyeing the speakership if re-elected.

In Anambra State, some of the lawmakers, who have been part of previous assemblies, particularly the eight national assembly and who are in the race are Hon. Chukwuemeka Anohu (Ihiala, PDP), Hon. Azabogu Ifeanyi (Nnewi North/South/Ekwusigo, PDP) and Hon. Chukwuka Onyema (Ogbaru, PDP).

From Enugu State, there are Hon. Asadu Patrick (Nsukka/Igbo-Eze South, PDP) and Hon. Toby Okechukwu (Aninri/Agwu/Oji-uzo PDP) while the Federal Capital Territory has just Hon. Angulu Zakari, who represents Kuje/Abaji/Gwagwalada/Kwali on the APC platform running in the Saturday election.

Other House members from the remaining states are now busy canvassing for votes in their various constituencies.

Therefore, by the mid-day on Sunday, February 17, there would be clearer pictures of those who will be returning to both the Senate and the House among the current members of the National Assembly.

'Nobody Can Predict 2019 Election Result' in Nigeria
Tagged:
Copyright © 2019 This Day. All rights reserved. Distributed by AllAfrica Global Media (allAfrica.com). To contact the copyright holder directly for corrections — or for permission to republish or make other authorized use of this material, click here.

Most Powerful Passports For 2021 - Where Does Yours Rank?
Business