South Sudan: Does Juba Even Care About Protecting Girls From Sexual Violence? 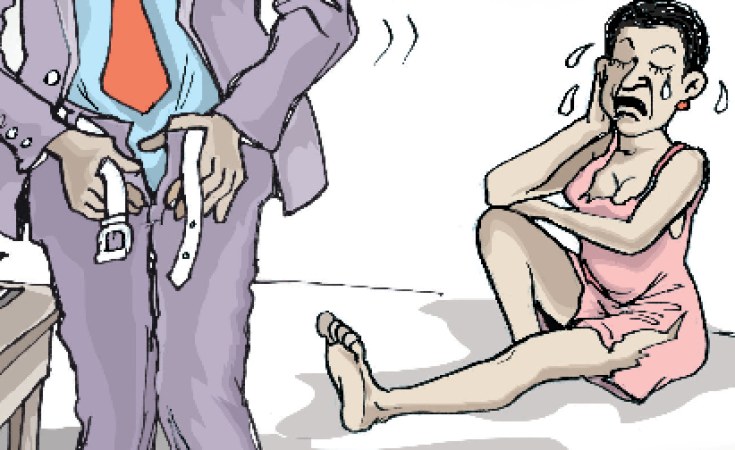 In December after reports of the mass rape of women in and around Bentiu town surfaced, South Sudan's response was a denial, followed by a rushed investigation by a committee headed by the Minister for Gender, Child and Social Welfare. The committee ended its investigation after only two days on the ground, declaring that the rapes were "not a true story."

Rape and gang rape, abductions, forced mutilations and other sex crimes, consistent features of the conflict, have been committed with impunity by all parties to the current conflict in South Sudan. The government's inadequate response has effectively normalized the violence. It raises the question of whether the government even cares about protecting women and girls, and their rights.

In January, I met Rhoda, [not her real name] one of countless survivors of sexual violence in South Sudan's civil war, at the UN site in Juba for civilians who have fled the fighting. Sitting across from me in a tent she has called home since December 2013, she could not hide her anger: "When I heard about what happened in Bentiu, I was hurt. It made me think a lot. Is it not enough?" Rhoda was gang raped by government soldiers along with seven other women in July 2016 at Checkpoint, an area near the UN camp where government forces abducted and raped women as they traveled to the market.

Following the dismal conclusion of the initial fact-finding committee on Bentiu, the president established a second committee with a mandate to identify those responsible and hold them to account. This investigation is a litmus test of the political will to address sexual violence.

A key question is whether either government or opposition forces coordinated or sanctioned the Bentiu crimes. Ceasefire monitors concluded that the rapes were a result of the failure of government and opposition leaders to control armed youth allied to them. A United Nations investigation into the reports is ongoing.

When Human Rights Watch researched the allegations in December, we found evidence of a pattern of attacks on women and girls traveling to and from town, for food distributions and other errands. Survivors told us that armed young men, often with their faces covered to hide their identities, would beat, rape and rob them. Local authorities had been aware of ongoing sexual violence, but had failed to investigate, prosecute or put an end to the attacks.

One of the few examples of such prosecutions came after a July 2016 attack on the Terrain compound which housed aid workers. A military tribunal found nine soldiers guilty of crimes including rape and the gang rape of foreign aid workers. The trial, a result of sustained international pressure, showed that justice is possible where the political will exists.

In contrast, the government has consistently failed to address the widespread sexual and gender-based violence against South Sudanese women and girls.

The trial for a mass rape by government forces in the village of Kubi in February 2017, has yet to conclude. The government is also stalling on creating the African Union Hybrid Court, which would have jurisdiction to try sexual and gender-based crimes among the abuses committed in the conflict.

The government has also failed more broadly to protect women and girls.

It has not effectively addressed pervasive gender-based violence, early child marriage, use of girls as blood compensation and so many other issues. Last year when news broke on Facebook of the marriage of 17-year-old Nyalong Ngong Deng Jalang, the world was reminded that even members of South Sudan's government participate in child marriage -- which persists because of the dowry system, poverty and lack of access to education. The government did not step in to prevent the marriage, condemn the incident, or sanction officials who were known to be involved even though it violated domestic laws and international obligations to end child marriage.

The Bentiu mass rapes not only provide an opportunity for the government to take serious measures to reduce the stigma of rape, and the cyclical abuses that women like Rhoda continue to suffer, but to show its commitment to women and girls' rights.

There are other options to ensure accountability for these crimes.

The African Union Commission could move unilaterally to establish the Hybrid Court, given the delays by South Sudan to sign the memorandum of understanding. The UN Human Rights Council should also renew the mandate of the Commission of Human Rights on South Sudan to continue its important work of collecting and preserving evidence of abuses and providing guidance for future prosecutions. Such steps would signal that justice for South Sudanese women and girls is not being pushed off the agenda.