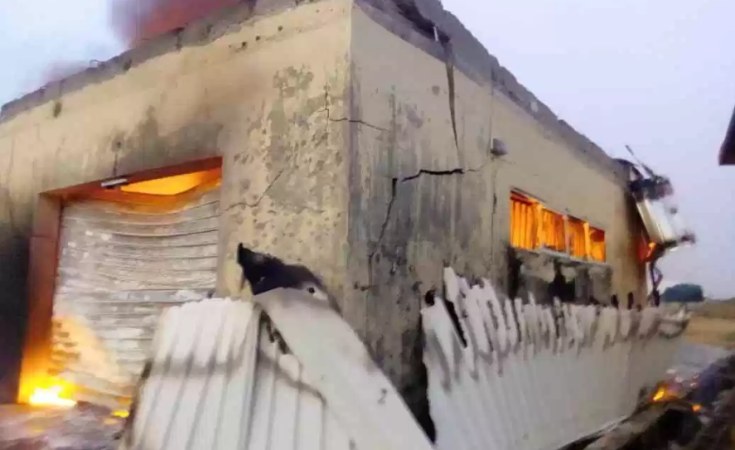 The office of the Independent National Electoral Commission in Qua'an Pan Local Government area in Plateau State on Saturday night gutted by fire.

This is coming less than a week to the 2019 presidential election.

"The INEC office is completely burnt with all its content... ballot boxes, Generators serviced and filled with fuel, cubicles, newly printed electronic and manual voters register, uncollected PVCs, materials for the preparations of RAC and other materials yet to be identified," Imahiyereobo said.

According to Imahiyereobo, the incident was caused by a drunken security man.

Imahiyereobo described the incident as a setback for the preparations for the general elections in the Local Government Area.

"The management team led by the Administrative Secretary, Gbadamasi Rasheed are on their way to assess the situation."

Fake News, Corruption, Vote Buying Threaten Nigeria's Elections
Tagged:
Copyright © 2019 The Guardian. All rights reserved. Distributed by AllAfrica Global Media (allAfrica.com). To contact the copyright holder directly for corrections — or for permission to republish or make other authorized use of this material, click here.