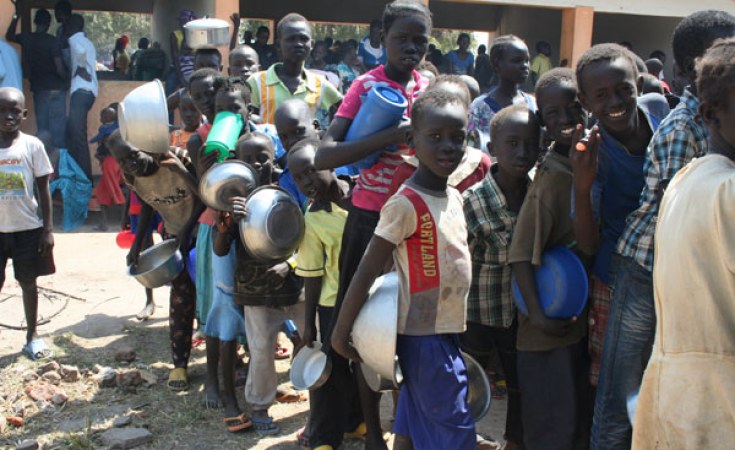 An unknown number of villagers were killed and hundreds of others displaced during fighting in South Sudan's Yei River State this week.

In this latest round of fighting, government forces teamed up with SPLA-IO (Sudan People's Liberation Movement-in-Opposition) forces to battle National Salvation Front rebels led by General Thomas Cirillo. Residents say the clashes continue in several Otogo County villages in Yei River state, which is in the southern part of the country. Villagers accuse both sides of looting property and setting houses on fire.

Since the September peace agreement, this is one of the first clashes in which a rebel group has teamed up with government forces against another rebel group, in this case the National Salvation Front. The NAS is the biggest militia faction that refused to sign the deal.

Fighting continues in the troubled area, according to several villagers fleeing violence in Ondukori, Morsak, Goja and Ombaci villages of Otogo County.

"Once the soldiers reached a certain area they beat up civilians. The soldiers raped women and also robbed us of domestic animals like chickens, goats and cows," Siama told South Sudan in Focus.

A 60-year-old Morsak village resident who prefers to be identified only as "Charles" for fear of reprisals, said he saw four bodies on the ground. He also said gunmen set the entire village on fire.

"Once they reach a house they shoot bullets inside the house. The soldiers tied down one of our elderly people, a 70-year-old brother and threatened to kill him. They set our houses and food granaries on fire, Charles told South Sudan in Focus.

He said he spent four days in the bush, eventually arriving on foot in Yei. "Some people were shot dead and even my own son was injured on the leg," Charles added.

Hillary Luate Adeba, Bishop of the Yei Diocese of the Episcopal Church of South Sudan, who is from Otogo County, condemned the violence, saying it violates the heart of the revitalized peace agreement.

"The whole of South of Yei is in danger. People are fleeing. A number of forces are engaged in serious fighting in the area and its only Yei now which is bleeding," Adeba told South Sudan in Focus.

Obed Taban, Deputy Chairman of the Yei River State Relief and Rehabilitation Commission, said hundreds of civilians who arrived on the outskirts of Yei town Friday are in dire need of humanitarian assistance.

"We have more than 200 IDPs [Internally Displaced Persons] and more are still coming and we are calling on the humanitarian partners to assist the IDPs with food, medicines and non-food items because these people have nothing," Taban told VOA.

Most Yei River State villages are under the control of either the SPLA-IO or National Salvation Front rebel forces. More urban areas including administrative centers are controlled by government forces.

"We know that the areas around Otogo are under the control of NAS forces under the command of General Thomas Cirilo. The SPLA-IO is not responsible," Gabriel told VOA.

NAS spokesman Samuel Suba Manasseh denies his group mistreated any civilians in areas under their control.

"It's a crime for any National Salvation soldiers mistreating civilians and it's also against the laws of NAS. We are not part of looting and harassing civilians," Manasseh told South Sudan in Focus.

Millions of South Sudanese Face Acute Food Insecurity
Tagged:
Copyright © 2019 Voice of America. All rights reserved. Distributed by AllAfrica Global Media (allAfrica.com). To contact the copyright holder directly for corrections — or for permission to republish or make other authorized use of this material, click here.