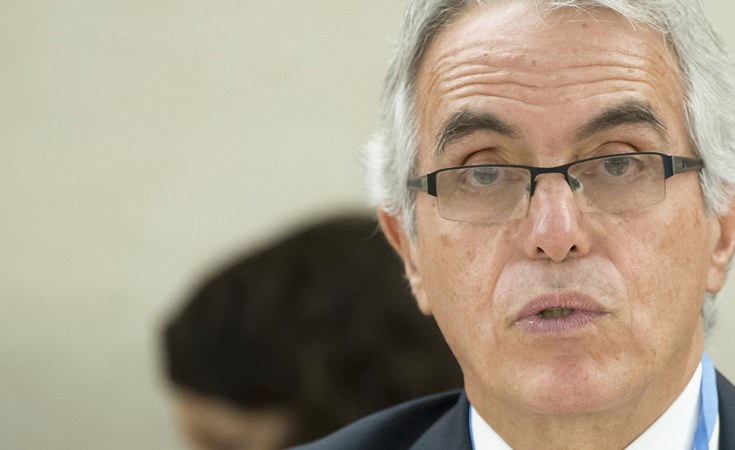 The dismissal of Nigeria's Chief Justice may constitute a grave attack on judicial independence from the State, a UN-appointed independent rights expert said on Monday, warning of "threats, pressures and interferences" made against the lawyers defending him.

Chief Justice Walter Onnoghen, was suspended on 25 January, the independent UN Special Rapporteur on the independence of judges and lawyers, Diego Garcia-Sayán noted in his statement. His comments come ahead of general elections in Nigeria, due to be held on Saturday.

"International human rights standards provide that judges may be dismissed only on serious grounds of misconduct or incompetence," he said. "Any decision to suspend or remove a judge from office should be fair and should be taken by an independent authority, such as a judicial council or a court."

According to Mr. Garcia-Sayán, who reports to the UN Human Rights Council, the decision to replace Chief Justice Onnoghen with Ibrahim Tanko Mohammad was taken by Nigeria's President, Muhammadu Buhari, who insisted he had "acted in compliance" with an order issued by a tribunal to decide on alleged breaches of the code of conduct for public officials.

This was despite the fact that four other courts with higher jurisdiction, had already ordered that proceedings be halted, the UN expert outlined, listing the Court of Appeal, the National Industrial Court and the two Federal High Courts.

On the issue of intimidation of defence lawyers and judges involved in the decision to remove Chief Justice Onnoghen, Mr. Garcia-Sayán said that one of the senior advocates defending him was arrested on Wednesday.

Others had been "subject to serious threats, pressures and interferences", he warned, adding that such allegations "may constitute, if proven, grave attacks to the independence of the judiciary and the free exercise of the legal profession".

"Lawyers play an essential role in securing access to justice, and should never suffer, or be threatened with, prosecution or other sanctions for action taken in accordance with recognized professional duties, standards and ethics," Mr. García-Sayán said.

Tagged:
Copyright © 2019 UN News Service. All rights reserved. Distributed by AllAfrica Global Media (allAfrica.com). To contact the copyright holder directly for corrections — or for permission to republish or make other authorized use of this material, click here.