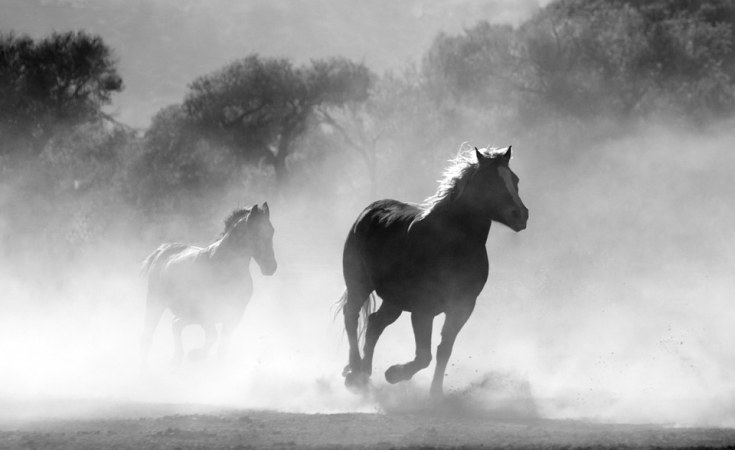 The environment ministry said it will not give up custodianship of the Namib's wild horses to a private group as the animals are a "national heritage".

The Namibian last week reported the outcry that was sparked after the Namib Wild Horses Foundation issued a sombre statement that the "final hour" had come for the wild horses after hyenas decimated their numbers.

"The population of the Namib wild horses is on the brink of extinction, and the situation is once again critical," the statement read, explaining that since 2012 when a pack of spotted hyenas moved into the area and began preying on the horses, the population had plunged from 286 to a mere 79 horses.

Not one foal has survived over the last five years, making the youngest horse seven years old, the foundation added.

Besides getting a response from all over the world, including mainstream news networks such as CNN, the Otto Herrigel Environmental Trust also appealed to environment minister Pohamba Shifeta to surrender the custodianship of the wild horses to the foundation.

The trust noted that plans to catch and relocate the hyenas was proving difficult, costly and time-consuming to the ministry and so far, it had achieved little success.

The ministry's spokesperson, Romeo Muyunda, told The Namibian they had prioritised the safety of these horses since they became aware of their predicament through the foundation.

He admitted though that efforts to catch the hyenas had not been successful to date.

The process had been started in December, but efforts were hampered by the fact that staff had gone for holidays.

"For years now, the foundation has proven itself as the organisation that can effectively care for the horses. Without their tireless intervention, the horses would have completely died out due to the drought and attacks by the hyenas. The tourism relating to these horses would have also died out. Please act now," the trust urged in a letter sent to media last week.

Muyunda said the ministry could not give up the custodianship of the horses as they were a national heritage and it was the ministry's responsibility to take care of them.

"We have ensured they got fodder during the drought seasons, so we do care for them. Access to them by tourists cannot be limited as will be the case if custodianship is privatised. It will not work. What we need is assistance to deal with the current challenge," he told this newspaper.

According to him, more officers will be stationed in the Namib to monitor the horses and evaluate the situation, and he assured that more efforts would be made to relocate the hyenas. When pushed for a time limit, he told The Namibian that the hyenas should be gone by the end of February.

Manfred Goldbeck of the wild horses foundation said the ministry's decision to keep custodianship had to be respected.

"If they believe it is a national heritage, then they will have to act," he said.

According to him, the foundation would have moved the horses to another safer area, which would still be accessible to tourists.

He added it was not totally true that the ministry cared for the horses during the drought, as the foundation spent about N$4 million to ensure the animals were fed during the 24 months of the recent drought.

He said that handing over custodianship could work as it would take a significant burden from the ministry as the horses will enjoy international support in the form of funding for their care and protection.

Goldbeck, however, added the foundation will do all it can to help the ministry to save the horses.