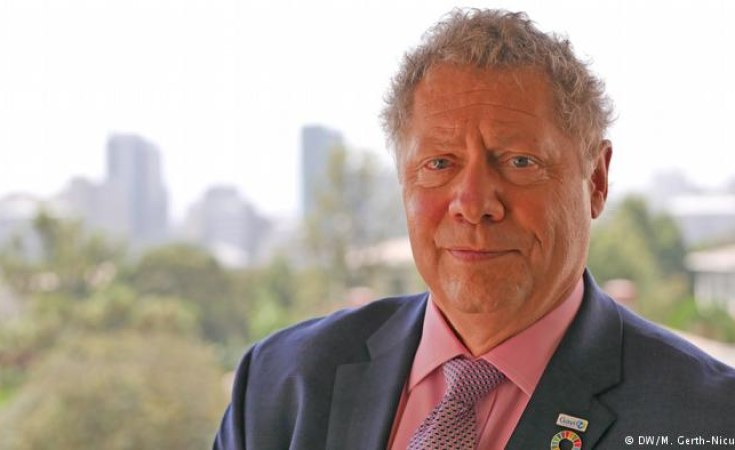 Vaccination campaigns have started in the countries neighboring the DRC, while the Ebola virus continues to spread in the North-eastern regions.

More than 500 people have died as a result of the Ebola outbreak in the Democratic Republic of Congo (DRC), but the vaccination program has prevented thousands more deaths, the Congolese ministry of health has said.

Authorities and aid groups have been fighting against Ebola in the volatile eastern region of the country, where numerous militia groups still operate.

"This is the first time we've had an outbreak like this occurring in an area with that amount of instability," Seth Berkley, the CEO of GAVI, the Vaccine Alliance, told DW.

The security situation in the east of the country, where armed rebels have terrorized the population for years, has made it difficult to treat and control the disease.

According to Berkley, the ongoing instability in DRC and the mistrust of the population towards the health workers are the main challenges of this outbreak.

"The concerning factors about this outbreak - although we have good interventions in vaccines, as well as, some experimental treatment - is the challenge of trust within the local community, as well as, access. Because of that, this outbreak has continued to spread locally, while the previous outbreak in DRC just earlier last year was controlled quite quickly."

DRC's ministry of health said that more than 77,000 people had been vaccinated against the virus since August 2018. Yet the aid agency Doctors Without Borders (MSF) reported another surge of the virus in mid-January and neighboring Rwanda, Uganda and South Sudan are all on alert.

"We have installed a very good laboratory in Juba, where we can ensure that we diagnose any case or anybody that is suspected. We can test them and see whether they are positive or not," said Dr. Olushayo Olu the World Health Organization (WHO) representative in South Sudan.

WHO doctors supervised an extensive Ebola vaccination exercise of nearly half a million people in South Sudan in early February.

"We also support a lot of work around community awareness: engaging the community, letting them know what the disease is all about, what they need to do to protect themselves," Olu said.

Seth Berkley of GAVI, said they were also supporting the WHO in the vaccination of health workers in the surrounding countries.

"The idea is to provide protection, so if a case comes in with Ebola, the health workers would be protected and they could handle that case. They've been trained on how to handle it and this would be a way to try to stop the spread," Berkley said.

He went on to say that the strategy for the use of the vaccine is to do a so-called 'ring vaccination.' This implies finding all the contacts of an infected person, such as family members, and vaccinating them. "The idea is that you put a ring of protection around that person. To do that, however, you need to have an ability to identify the contacts," Berkley said. "Where people have trust in the system, this has worked quite well and the previous outbreak in DRC was brought under control rather quickly."

The outbreak of the deadly virus began shortly after the country's government in June declared an end to another outbreak in the west of the country.

Could the worst be over?

The DRC is battling the second-largest Ebola outbreak in history. Almost one hundred children in the DRC have lost their lives to the Ebola virus since the outbreak started in August last year, according to a press release from Save the Children.

Despite such reports, a health ministry bulletin in DRC, reporting on the outbreak in the east of the country, said that 271 people had been cured. Faustin Kalivanda is among the survivors. He still undergoes regular check-ups at a hospital in the town of Beni, but counts himself lucky to be alive.

"I want to thank all the doctors in the Ebola treatment center, all the hygienists, who kept the treatment room clean, the psychologists who gave us advice on the disease and psychological support. And all others who are part of the response team, for helping us, for providing food. For all that, I want to thank them," Kalivanda told DW.

Seth Berkley is positive about the control of the virus. "I of course am optimistic that modern science can control this. We've controlled the 27 other outbreaks and obviously I think we will ultimately get control of this one," he said.

He still thinks that they have to be very careful because transmission is still ongoing given the number of cases that are still occurring and their lack of linkage to previous cases.

Maria Gerth-Niculescu contributed to this article.

Ebola Vaccine Is Key in Ongoing Efforts to Contain Outbreak

New Drive to Fund DR Congo's Ebola Fight
Tagged:
Copyright © 2019 Deutsche Welle. All rights reserved. Distributed by AllAfrica Global Media (allAfrica.com). To contact the copyright holder directly for corrections — or for permission to republish or make other authorized use of this material, click here.