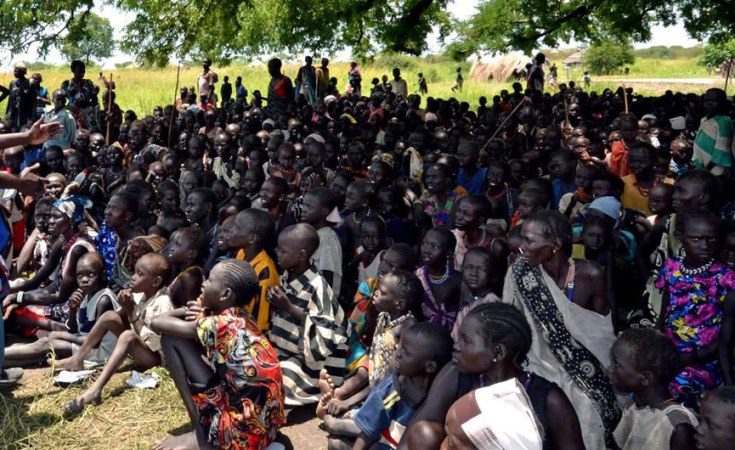 Over the past few days thousands of desperate civilians have been fleeing a fresh outbreak of violence in South Sudan's Equatoria state, seeking safety in neighbouring Democratic Republic of the Congo (DRC), many "suffering from trauma."

Some 5,000 people have settled in several villages along the border near the town of Ingbokolo in Ituri province in north-eastern DRC, the United Nations Refugee agency (UNHCR) said on Tuesday.

"Most are women, children and the elderly" said UNHCR spokesperson Babar Baloch, explaining that they have been arriving by foot "exhausted, hungry and thirsty".

"Among them are people suffering malaria or other illnesses" he continued, noting that many of those traumatized have "witnessed violent incidents, including armed men reportedly murdering and raping civilians and looting villages".

According to reports, the violence has displaced another 8,000 people inside South Sudan, near the town of Yei.

The clashes started on 19 January between the army and a rebel group known as the National Salvation Front, UNHCR says, blocking humanitarian access to affected areas. The conflict in South Sudan has created over 2.2 million refugees since 2013.

Meanwhile, the UN Children's Fund, UNICEF, reported that an armed group in South Sudan released 119 children on Tuesday in the south-west town of Yambio, who had been held captive by the militia group known as the South Sudan National Liberation Movement (SSLM), which signed a peace agreement with the Government in 2016.

Of the newly-released, 48 were girls, with the youngest child being 10-years-old. More than 3,100 children being held by armed groups have now been freed.

"Every child no longer with an armed group represents a childhood restored and a future regained," said UNICEF Executive Director Henrietta Fore.

During the process, each child was registered and provided with a certificate stating they were no longer affiliated with the group. They then met social workers, health workers and education specialists, so their immediate needs could be assessed.

UNICEF said that for each released child given help, one vulnerable child and their family from the host community receiving them, is also being supported to foster acceptance and promote a boost the chances of successful reintegration.

"More and more children are being freed from armed groups and armed forces in South Sudan, and while this is an encouraging development, there is a long way to go before all of the more than 19,000 children still in their ranks are returned to their families," asserted Ms. Fore.

This year marks the 30th anniversary of the UN Convention on the Rights of the Child which requires governments to meet the basic needs of children and to help them reach their full potential, according to the UNICEF chief.

"Five months after the signing of a peace agreement, UNICEF calls on all parties to South Sudan's conflict to recommit themselves to upholding these rights and to ensuring that children are never soldiers", concluded Ms. Fore.

Millions of South Sudanese Face Acute Food Insecurity
Tagged:
Copyright © 2019 Africa Renewal. All rights reserved. Distributed by AllAfrica Global Media (allAfrica.com). To contact the copyright holder directly for corrections — or for permission to republish or make other authorized use of this material, click here.