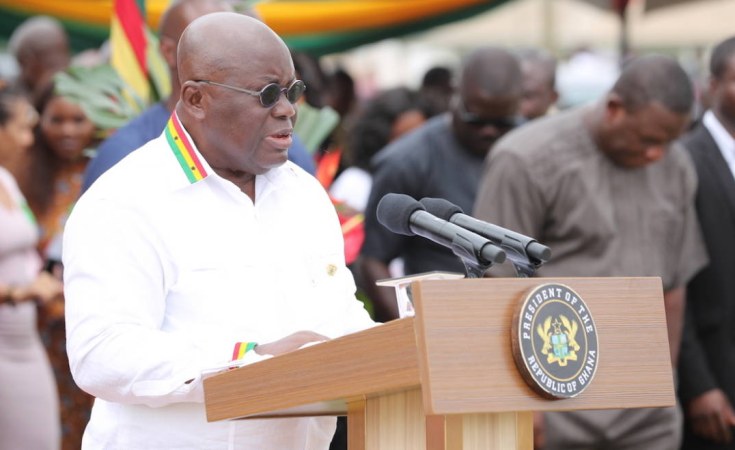 The President of the Republic, Nana Addo Dankwa Akufo-Addo, says Damongo has been chosen to be the capital of the newly created Savannah Region.

President Akufo-Addo made this known on Tuesday, 12th February, 2019, when he presented Constitutional Instrument 115 (C.I. 115), to the overlord of Gonjaland, the Yagbonwura, Tutunba Boresa Sulemana Jakpa, at a ceremony at Jubilee House.

Welcoming the delegation to the seat of the Presidency, the President noted that the presentation of the Constitutional Instrument for the creation of the Savannah Region is the result of twenty-three (23) years of agitations, pleas and petitions made by successive Yagbonwuras, Members of Parliament, the Gonjaland Youth Association, amongst others, to successive Governments for the creation of this Region, to no avail.

He indicated that anyone who visits the Northern Region, especially the newly created Savannah Region, will attest to the fact that it is typified by poor road networks, insufficient health, educational and telecommunication facilities, poor sanitation and water supply systems, amongst others.

"You will not be far from wrong if you described the Savannah Region as the least developed part of the Northern Region. The irony in all of this is that the Savannah Region is blessed with an abundance of natural resources," the President bemoaned.

With his party, the New Patriotic Party, pledging to create new regions out of the Brong Ahafo, Northern, Volta and Western Regions, President Akufo-Addo noted that on 6th June, 2017, the Yagbonwura, Boresa Tuntumba Sulemana Jakpa, reminded him of this pledge, and submitted a petition for the creation of the proposed Savannah Region.

Pursuant to the dictates of the Constitution of the Republic, in article 5(2)(a), the petition was referred to the Council of State, on 26th June, 2017, for its advice, and, on 15th August, 2017, the Council advised that a Commission of Inquiry be established, after satisfying itself that there was a need and substantial demand for the creation of the Savannah Region.

According to the report of the 9-member Commission of Inquiry, headed by the eminent jurist, the retired Justice of the Supreme Court, Mr. Justice Brobbey, out of the one hundred and forty-seven (147) participants, who spoke at the public hearings in Damongo, Buipe, Sawla, Bole, Salaga and Tamale, there was not a single dissenting voice or opinion expressed.

Additionally, the constitutional threshold, which demanded that, at least 50% of the persons entitled to vote cast their votes, and, of the votes cast, at least 80% cast in favour of the demand for the creation of a Region to succeed, was emphatically met, as 99.70% voted 'yes' for the creation of the Region.

"The onus now is on Government to put into motion the processes for the rapid development of the Savannah Region. Not to be caught unawares in the event of a successful 'yes' vote for the creation of new regions, the Minister for Finance, Ken Ofori-Atta, in presenting the President's Budget Statement and Economic Policy for the 2019 Financial Year, announced that a seed capital of GH¢20 million had been allocated for each of the six new regions for their smooth take-off," President Akufo-Addo said.

In giving further impetus to this, on 3rd January, 2019, one week after the declaration of the results of the referendum, the President constituted a 7-member Government Committee, chaired by the Minister for Regional Reorganisation and Development, Hon. Dan Botwe, MP, to plan and oversee the rapid development of the new regions.

"My Government is committed to the growth, progress and success of the Savannah Region, and we will work to make sure this happens," the President added.

"Secondly, Damongo has been chosen as the capital of the Savannah Region. I want to assure residents of the Region, however, that Government projects and structures will be equitably spread across the Region," the President stated. 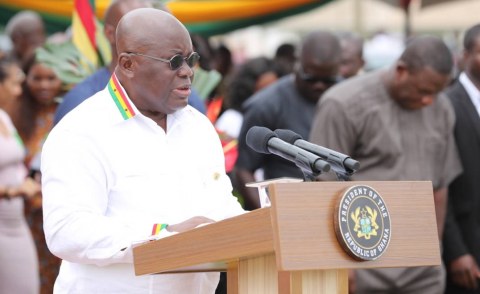 Ghana Starts Redrawing New Regional Boundaries
Tagged:
Copyright © 2019 Ghana Presidency. All rights reserved. Distributed by AllAfrica Global Media (allAfrica.com). To contact the copyright holder directly for corrections — or for permission to republish or make other authorized use of this material, click here.