Abuja and Lagos — A Federal High Court sitting in Abuja has stopped the federal government from freezing the accounts of the Chief Justice of Nigeria, Justice Walter Onnoghen.

The order came as the Nigerian Bar Association (NBA) yesterday reiterated its call on the federal government to withdraw the charges of non-declaration of assets filed against Onnoghen as the embattled CJN is due to appear before the Code of Conduct Tribunal (CCT) today.

Meanwhile, the Court of Appeal in Abuja yesterday failed to hear the three appeals filed by the embattled CJN.

The presiding judge of the Federal High Court, Justice Ijeoma Ojukwu, ruled that the Attorney General of the Federation (AGF) cannot freeze bank accounts of Justice Onnoghen without first obtaining a court order authorising the freezing.

The judge gave the order while ruling on an ex parte application filed by the Legal Defence and Assistance Project (LEAP) against the President of the Federal Republic of Nigeria, the AGF and the Nigerian Financial Intelligence Unit (NFIU).

In the order, which was given last Friday and obtained by THISDAY yesterday, the judge ruled: "That the AGF shall first obtain an order of court (ex parte) before freezing the accounts of Justice Onnoghen Nkanu Walter Samuel (in respect of Exhibit B) in compliance with the law if, it was not obtained.

"That where it is shown that the order of court was obtained before the freezing of the accounts contained in Exhibit B, the freezing order shall remain valid.

"That order to be served on the respondents pending the hearing of the motion on notice.

"That the matter is adjourned to 13th day of February 2019 for report/motion on notice."

Last month, the federal government, through the AGF and Minister of Justice, Mr. Abubakar Malami (SAN), gave a directive to NFIU to freeze five bank accounts of Onnoghen, pending the final determination of the case against him at the Code of Conduct Tribunal (CCT).

In a letter addressed to the Director of NFIU signed by one Abiodun Aikomo, on behalf of AGF, the justice minister said the request to restrict normal banking operations in the five accounts was in line with the Presidential Executive Order No. 6 of July 5, 2018.

The letter with reference number HAGF/2019/E06/Vol. 1, was titled, 'Re: Request for freezing of bank accounts subject to investigation and prosecution pursuant to Presidential Executive Order No. 06 of July 5, 2018, on the preservation of assets connected with corruption.'

Malami's letter, which was dated January 14, 2019, was also received and acknowledged by the NFIU on the same date.

Part of the letter read, "I am directed by Mr. Abubakar Malami (SAN), the Attorney General of the Federation and Minister of Justice to request that you, pursuant to the Presidential Executive Order No. 06 of 2018, forthwith restrict normal banking operations on certain accounts belonging to Hon. Justice Walter Onnoghen, pending final determination of the case against him at the Code of Conduct Tribunal (CCT/ABJ/1/19 - Federal Republic of Nigeria V. Hon. Justice Onnoghen Walter Samuel)."

And as Justice Onnoghen is due to appear before the CCT today to face the six-count charge slammed against him for non-declaration of his assets, the NBA has reiterated its call on the federal government to withdraw the charges.

The association in a statement by its President, Mr. Paul Usoro (SAN), called on the government to comply with due process by allowing the National Judicial Council (NJC) to conclude investigations into the two petitions so far instituted against Onnoghen at the council.

The CCT had at the previous proceedings ordered Onnoghen to compulsorily attend before his objection to the case could be heard.

The CCT's proceedings will also coincide with the NJC's sitting, which was adjourned till today to review a report of its pre-assessment committee on the petitions against Onnoghen and the acting CJN, Justice Tanko Muhammad.

Usoro said, "First, as widely reported, one of the two petitions against the CJN that is currently before the NJC is an exact replica of the petition that motivated the CCT charge. The second petition was reportedly presented by the EFCC, an FGN agency. We commend the FGN for adhering to due process by submitting the EFCC petition to the NJC for consideration. In like manner and in adherence to the law and due process, we urge the FGN to discontinue the CCT Charge and allow the NJC consider the initial petition which, as widely reported, has already been responded to by the CJN.

"Second, the Chairman of the CCT, Danladi Umar, in his response to a petition that was written against him and which was forwarded to him by the Federal Judicial Service Commission, states emphatically that he and his tribunal are answerable and report only to the presidency. An insistence, in the circumstance, on the CJN, the head of an independent arm of the FGN, standing trial before a tribunal whose chairman sees himself and his tribunal as being under and answerable to the presidency only, mocks the concept of and completely erodes the independence of the judiciary and the constitutional separation that should exist between the three arms of the FGN."

"Given these non exhaustive considerations and facts, we press on the executive arm of the federal government to please discontinue the charge against the CJN when the matter comes up before the CCT tomorrow, Wednesday, February 13, 2019. We respectfully urge full compliance with due process by FGN in this matter by allowing the NJC process to take its course in respect of the two petitions against the CJN a step that has already, commendably, been embraced by federal government in respect of the EFCC petition."

Meanwhile, the Court of Appeal in Abuja yesterday failed to hear the three appeals filed by Justice Onnoghen.

The appellate court had in late January adjourned on February 12, 2019 for the hearing of the appeals.

But when lawyers to parties got to court yesterday, the court could not form quorum for the purpose of hearing the appeals.

Parties were told to await information, on a later date, on when the hearing is to be rescheduled.

The appeals are against the decisions of the CCT to assume jurisdiction over the charge pending against Onnoghen and the ex-parte injunction granted by the CCT, on which President Muhammadu Buhari acted to suspend Onnoghen. 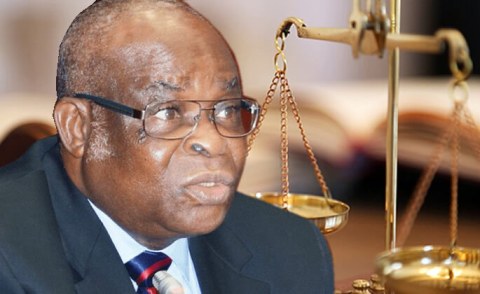 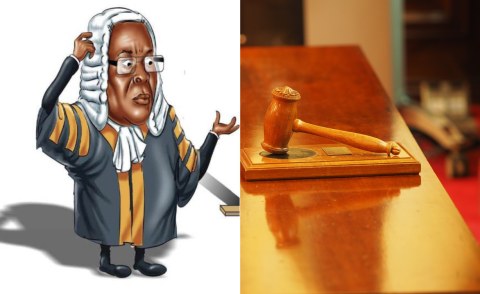 Nigerian Judicial Commission Advises Buhari to Retire Top Judge
Tagged:
Copyright © 2019 This Day. All rights reserved. Distributed by AllAfrica Global Media (allAfrica.com). To contact the copyright holder directly for corrections — or for permission to republish or make other authorized use of this material, click here.

These Africans Are on TIME Magazine's Most Influential List
International Organisations