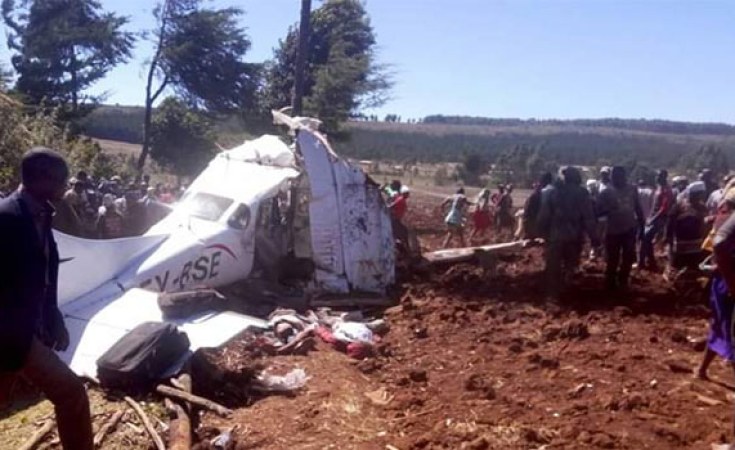 Nairobi — Five people have been killed in a plane crash that occurred in Londiani, in the outskirts of Kericho town.

According to police, the Cessna aircraft took off from Maasai Mara and was heading to Lodwar when it crashed in Kamwingi area.

"There were five occupants in the plane, and they did not survive," said James Mogera, Kericho County Police Commander.

Police and other emergency teams were immediately deployed to the scene to retrieve bodies from the wreckage of the white plane registration 5Y-BSE.

No Survivors in Ethiopian Airlines Crash
Tagged:
Copyright © 2019 Capital FM. All rights reserved. Distributed by AllAfrica Global Media (allAfrica.com). To contact the copyright holder directly for corrections — or for permission to republish or make other authorized use of this material, click here.