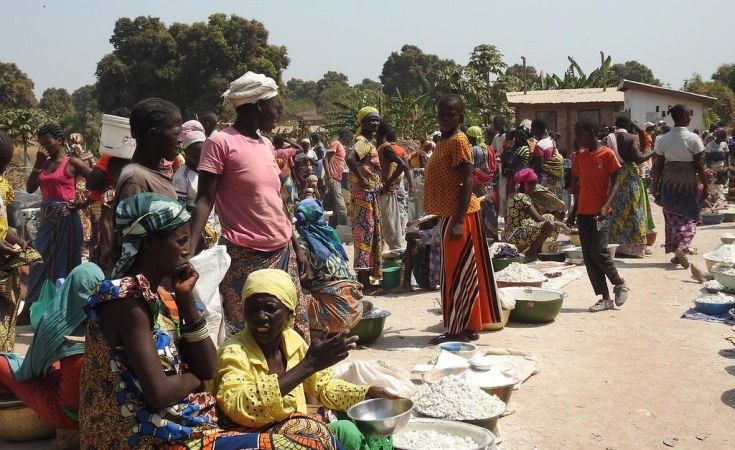 Yaounde - People fleeing war, natural disasters or violence within their own countries could be costing countries a combined $13 billion a year, a new study released on Wednesday revealed.

The yearly financial losses ranged from $174 per person in Somalia to $451 in the Central African Republic, said researchers at the Internal Displacement Monitoring Centre (IDMC) in Geneva, part of aid agency Norwegian Refugee Council.

"Taking the average cost per IDP (internally displaced person) across all assessed countries, $310, and applying it to the total number of IDPs in the world - 40 million as of the end of 2017 - would result in a global financial impact of internal displacement of nearly $13 billion per year," IDMC said in a statement.

Internally displaced people are defined as being forced to flee their homes but not their country.

"Internal displacement also places a heavy burden on the economy, by limiting people's ability to work and generating specific needs that must be paid for by those affected, their hosts, governments or aid providers," Alexandra Bilak, director of IDMC, said.

"We hope these findings will raise awareness of the need to prevent internal displacement," report author Christelle Cazabat told the Thomson Reuters Foundation by phone from Geneva.

"It's very good to invest in responses to crises... But the best solution would be to prevent internal displacement altogether. This can be done through, for instance, efficient disaster risk disaster strategies," she said.

Out of the eight countries surveyed, the Central African Republic was found to have the highest economic impact for each person forced from their home, amounting to $230 million per year, or just over 10 percent of the country's pre-crisis GDP.

In displaced persons' camps in the country's capital, Bangui, 80 percent of those who fled their homes were forced to interrupt their jobs, the study noted.

Thousands have died and a fifth of the Central African Republic's 4.5 million population have fled their homes in a conflict that broke out after mainly Muslim Seleka rebels ousted President Francois Bozize in 2013, provoking a backlash from mainly Christian militias called anti-balakas.

Over a third of the world's forcibly displaced people are found in Africa, including some 6.3 million refugees and 14.5 million who have been forced from their homes within their own country's borders, said the African Union.

Three Days of Mourning for Victims of CAR Massacre
Tagged:
Copyright © 2019 Thomson Reuters Foundation. All rights reserved. Distributed by AllAfrica Global Media (allAfrica.com). To contact the copyright holder directly for corrections — or for permission to republish or make other authorized use of this material, click here.