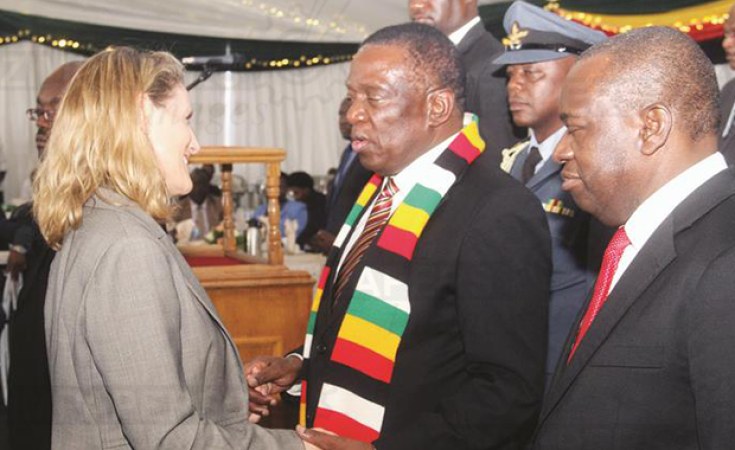 President Mnangagwa has reaffirmed his commitment to peace and dialogue, and maintaining an open-door policy to resolve challenges facing the country. Addressing diplomats in Harare at a belated New Year's reception yesterday, the President said while everyone had a right to protest, it had to be done in a peaceful manner that respected the rights of other citizens.

"Let me reiterate that in the new Zimbabwe, everyone has the right to protest peacefully," he said.

President Mnangagwa said his administration valued peace and democracy, adding that violence had no place in "our midst". "We believe that human life is sacrosanct," he said.

"Violence is a betrayal of the new Zimbabwe. It must be criticised by all parties. It is time to make things right."

President Mnangagwa told the diplomats that the implementation of the recommendations of the "Motlanthe Commission Report" into the August 1 post-election violence was progressing well.

He condemned the violence that rocked the country last month disguised as mass protests.

He said foreign hands were visible in the scheme to destabilise the country.

"The demonstrations were therefore neither civil nor peaceful and were bent on effecting a regime change," he said. "There were violent riots. Politically-motivated, premeditated, well organised and co-ordinated."

President Mnangagwa said the mayhem necessitated the intervention of security forces and law enforcement agents to bring sanity in the country while also protecting the people and their businesses.

"Following the vandalism, violence and associated looting, the security forces had to step in," he said.

"What followed is still being investigated. We will not condone any illegal, criminal acts or civil delinquency no matter who the perpetrators are."

The Head of State and Government and Commander-in-Chief of the Zimbabwe Defence Forces made it clear that the military and police were there to serve the people, protect them, uphold and enforce the law of the land. But warned against rogue elements abusing their responsibilities.

"Any evidence of rogue police officers or soldiers taking the law into their own hands will be dealt with and they will face the full force of the law," he said.

The President last week held a meeting with former presidential aspirants in the 2018 presidential elections to dialogue aimed at narrowing political differences and find common ground and political path for the country.

He said all the presidential candidates imbued with maturity and sense of leadership accepted his invitation and joined him for the crucial meeting.

"I call those who refuse to take part in the national dialogue to stop grandstanding and playing games with the lives of the people of Zimbabwe," he said.

President Mnangagwa challenged the international community to give Zimbabwe a chance and rally behind the country in its quest to chat a new trajectory.

"Stand with us as we toil to chart a new course for our nation, for the people of Zimbabwe," he said. "We are open and transparent. We have nothing to hide."

The President also apprised the diplomats that Government had opened up the media and the democratic political space and would remain a listening President.

"My arms are out stretched and my door is open. We hear your criticisms and when it is fair, the insights are noted or implemented," said the President reaffirming his commitment to restructuring, reforming and rebuilding the entire system and the nation. 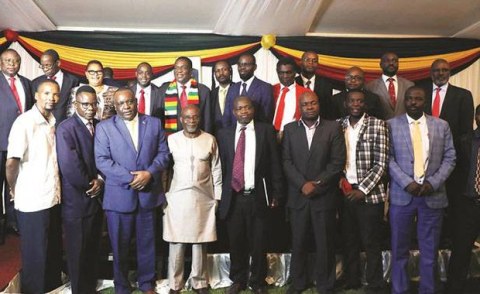