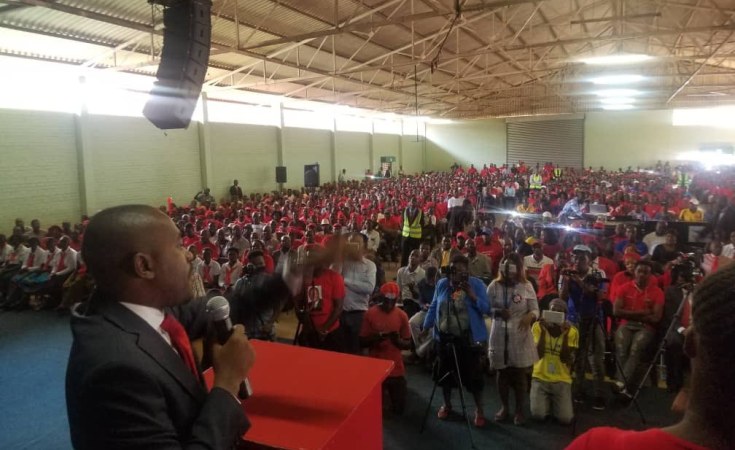 Photo: @nelsonchamisa/Twitter
A memorial for the late MDC leader Morgan Tsvangirai was held in Harare on Febuary 14, 2019.
New Zimbabwe (London)
By Leopold Munhende

MDC leader Nelson Chamisa says he was asked by his late predecessor, Morgan Tsvangirai to take over as leader of the main opposition but initially declined the offer saying this was going to put him in conflict with his co-vice presidents Thokozani Khupe and Elias Mudzuri.

Addressing party followers in Harare during an event to mark one full year since the demise of the MDC founding leader, Chamisa said he asked his former boss to leave Mudzuri as party President instead.

The 41-year-old politician said his refusal to assume one of the country's most influential political jobs was informed by that his ambitious colleague, Khupe was going to faint if he became her senior.

Tsvangirai spent the greater part of 2017 out of public life while receiving treatment for colon cancer which would later lead to his death in South Africa February 14, 2018.

According to Chamisa, the late former Prime Minister realised he was not going to lead his party to the 2018 elections and took the bold decision to appoint him successor in the presence of wife, Elizabeth Tsvangirai, his then spokesperson Luke Tamborinyoka and brother Manase Tsvangirai.

"Today is the day I am giving you the inner details of my relationship with the old man," Chamisa said Thursday.

"He told me he was going to Morocco for treatment and that he wanted to leave me as president of the party, Mrs Tsvangirai can confirm.

"So I told him to leave Mudzuri in charge instead as I thought it would cause a lot of factionalism within the party.

"He agreed that Mudzuri be in charge on an interim basis until he returned but asked why I had refused to take over to which I answered, 'Khupe would faint if she heard that I was now in charge'."

Chamisa and Mudzuri were 2016 appointed co-VPs, joining Khupe who was the late politician's substantive deputy. This led to simmering tensions among the three.

Chamisa, a gifted rabble-rouser who was spurred by popular support among party followers, reacted fastest and railroaded party organs to grant him interim leadership of the party, giving him a head start ahead of a party elective congress sometime this year.

Khupe and a handful party politicians split from the party when the MDC leadership wrangle intensified weeks after Tsvangirai's burial. 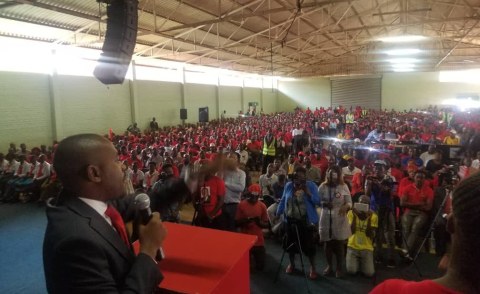 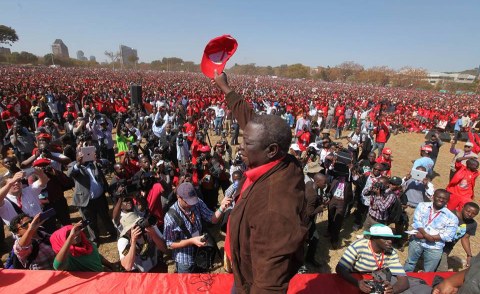 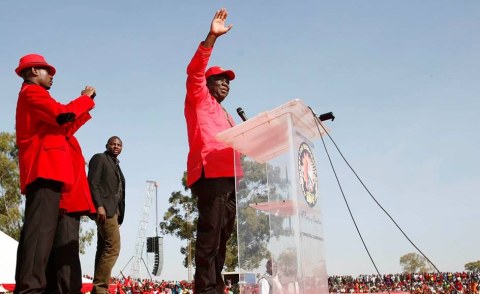 Chamisa Demands to be Zimbabwe President, Or Else...
Tagged:
Copyright © 2019 New Zimbabwe. All rights reserved. Distributed by AllAfrica Global Media (allAfrica.com). To contact the copyright holder directly for corrections — or for permission to republish or make other authorized use of this material, click here.