South Africa: Meet Oupoot, the Only Elephant Left in the Entire Knysna Forest 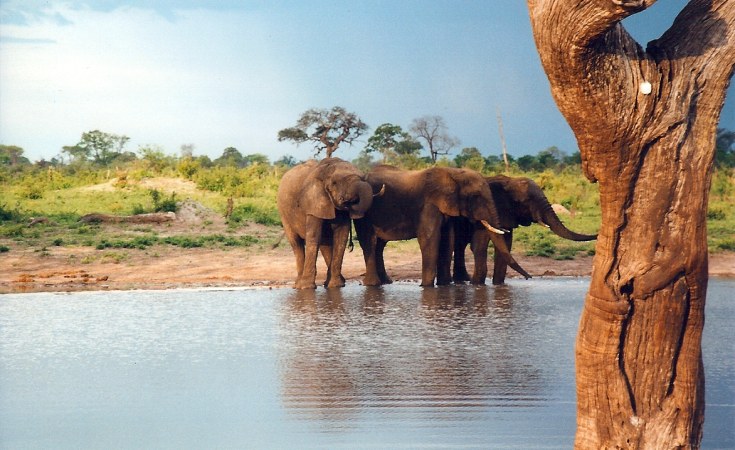 Where a herd of elephant a thousand strong once roamed the mighty Knysna forest and surrounding regions at the southern tip of Africa until the 1800s and 1900s, a single cow now dwells its leafy footpaths.

Research conducted by SANParks scientists confirmed the presence of the female elephant still calling the forest its home, the wildlife conservation group said in a statement last week.

SANParks spokesperson Nandi Mgwadlamba told News24 that it has become evident that there is only one elephant left, named Oupoot (Bigfoot), after the legendary animal character in Dalene Matthee's seminal novel, Circles in a Forest .

"We have set up a range of cameras along the forest and we only ever capture this one elephant all by herself."

Mgwadlamba said this was a reason for some concern, as elephants are herd animals and a solitary animal is not considered happy or healthy.

While large-scale hunting was the main reason for the decline in the animal's population during the previous two centuries - with infamous hunters such as Major Philip Jacobus Pretorius killing hundreds - further research will be done to establish why the elephant population has dwindled to this extent, Mgwadlamba said.

According to Lizette Moolman, the SANParks scientist who led the survey, the Knysna elephant is of the same subspecies as all the other elephant populations in South Africa, namely Loxodonta africana, News24 reported earlier.

"The elephants that roam in central African rainforests are of a different subspecies namely Loxodonta cyclotis ."

"Because elephants move along defined elephant pathways, we placed our cameras on these paths and covered the elephant range evenly, with spaces between camera traps no larger than the smallest range recorded for elephants," Moolman said.

"In other words, an elephant would not reside in a gap area, between camera trap locations, for the duration of the survey."

The cameras were all active for 15 months, and during this time the same female elephant was identified in 140 capture events, always by herself. No other elephants were photographically captured.

While it has been suspected that the forest had only this single giant inhabitant, more information is now known, such as her age and behaviour.

"She is about 45 years old and moves in the indigenous forest and fynbos areas on SANParks and neighbouring private land," said Moolman. Her reproductive status is uncertain.

"The camera traps have assisted SANParks management to understand what else lives in the forest," said Paddy Gordon, park manager of the Garden Route National Park.

"Camera traps have assisted to inform management not only about the elephant, but also about other wildlife prevalence and movements, and how these are potentially disturbed by both legal and illegal activities in the forests," said Gordon.

"We will use the information provided by this research to further monitor and manage the forest areas, fynbos and neighbouring private land."

Head of scientific services, Stef Freitag-Ronaldson, said: "We are proud of the work undertaken by Moolman and [her] team.

"SANParks has conducted numerous meetings and workshops with stakeholder groups about this research and its findings. Some of these workshops specifically dealt with identifying, discussing and risk-analysing possible management options for the Knysna elephant.

"The situation is complex, with many unknowns."

Mgwadlamba told News24 Oupoot's future remained unclear. "The next step is to consult with experts and consider various scenarios and options.

"For example, we can't just introduce a herd of elephants into the forest - there is a process that needs to be followed.

"Whatever decision we make will have repercussions on this elephant [Oupoot] as well as other elephants we might bring in from the outside."

This is because of differences in terrain and complex social issues, among other considerations.

For now, Oupoot walks in circles alone along the paths trodden by the mighty feet of her predecessors, back when they still ruled the forest.

Uncontrolled Consumption Will Be the End of Us All - UN
Tagged:
Copyright © 2019 News24Wire. All rights reserved. Distributed by AllAfrica Global Media (allAfrica.com). To contact the copyright holder directly for corrections — or for permission to republish or make other authorized use of this material, click here.