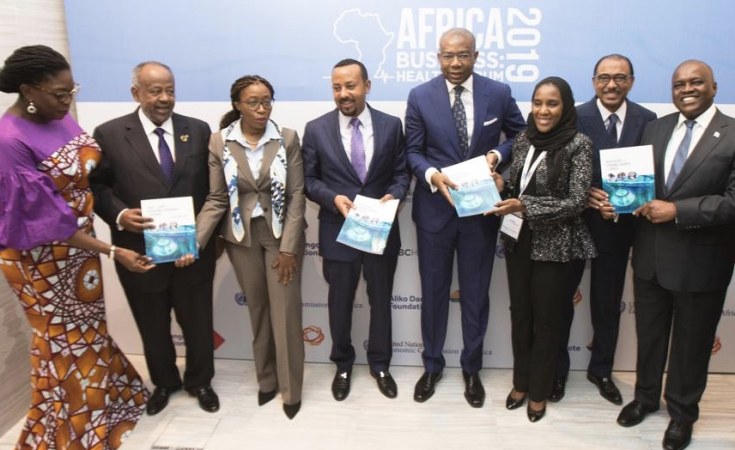 Addis Ababa — The Economic Commission for Africa and the World Health Organization on Friday hosted a meeting in Addis Ababa to discuss women's health issues in Ethiopia.

The meeting, which was held under the theme; Meeting Women's Health in Ethiopia. Challenges and Opportunities, was part of the Africa Health Week that was held on the margins of the African Union Heads of State and Government Summit.

Held in collaboration with Ethiopian Civil Society Organizations (CSOs), the Ethiopian Ministries of Gender and Health, UNDP, UNICEF, UNAIDs, UNWOMEN, and the African Union Department for Social Affairs, the meeting focused on challenges as well as opportunities to improve the health situation for the ordinary Ethiopian woman.

Africa, she said, has made considerable progress in improving health outcomes in recent years. From 1990 to 2015, life expectancy at birth, a key indicator of population health and economic development, increased from 54 to 63 years. During the same period, the number of women dying in childbirth and the number of children dying before the age of five nearly halved.

She continued: "Although this progress is commendable, it is not rapid enough to achieve the health-related sustainable development goals by 2030."

Ms. Songwe said there was need to increase funding for the health sector in Ethiopia, adding the increased involvement of the private sector was also crucial.

"The CSOs can also play an important role in delivering healthcare through public-private partnerships (PPPs) where private providers and businesses join with governments or international organisations to address social needs," she added. 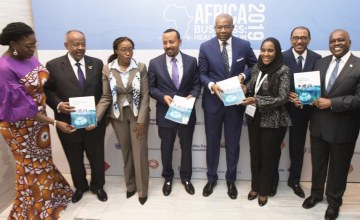 The inaugural Africa Business: Health Forum took place on February 12th in Addis Ababa, Ethiopia, on the margins of the 32nd African Union Summit. The forum brought together public and private sector industry stakeholders to advance health outcomes on the continent. Following on from the Forum will be the goal to build the African Business Coalition for Health (ABCHealth), a private sector led coalition of companies and philanthropists who will come together to positively transform health care for Africans growing population.

For her part, Ethiopia's Minister of State in the Health Ministry, Ms. Lia Tadesse, said; "Our country is witnessing a paradigm shift towards a gender-balanced leadership and paving the way for many young girls and women. But we are still far away from our goal of achieving gender equity."

She continued: "In our society, women do not benefit from growth and development as much as their contribution. Moreover, women are disproportionately affected by hazards of life including poverty, discrimination, ill health, and violence. The situation is further exacerbated with harmful traditional practices such as female genital mutilation which is widespread in the country."

Even though the practice is declining over the years, one study showed that in 2016, 68.4 percent of Ethiopia's rural women underwent genital mutilation.

"The reproductive health complications of FGM are immense such as infection, obstructed labor, perineal tears, fistula, and infertility. It also has long-term psychosocial consequences that disempower women," said Ms. Tadesse.

In a speech read on her behalf, the African Union Commission's Social Affairs Commissioner, Ms. Amira Elfadil, said while member States had made significant progress in addressing the health needs of women, much more needs to be done, including focusing on adolescents, who have the worst indicators when it comes to maternal, sexual and reproductive health.

Dr. Rufaro Chatora, the WHO representative in Ethiopia, said the health of women and girls was of particular concern because in many societies they were disadvantaged, especially due to discrimination rooted in sociocultural practices.

His words were echoed by Abebe Kebede, Executive Director of Consortium of Reproductive Health Associations (CORHA) in Ethiopia.

"Despite the good progress so far, there still remains several challenges that require attention and commitment of both government and CSOs to further improve the wellbeing of women and girls' health," he said.

Participants agreed, among other things, on a CSOs-led action framework or action plan that will define measurable interventions to support Ethiopia achieve the SDG targets on women's health.

Tagged:
Copyright © 2019 United Nations Economic Commission for Africa. All rights reserved. Distributed by AllAfrica Global Media (allAfrica.com). To contact the copyright holder directly for corrections — or for permission to republish or make other authorized use of this material, click here.