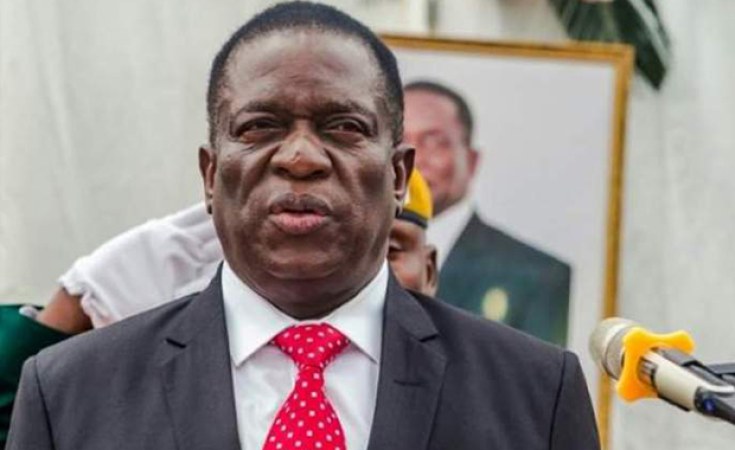 President Emmerson Mnangagwa has ominously vowed to go after doctors and nurses who treated victims of the brutal police and military crackdown against protestors last month.

Addressing a rally at Rutenga in Masvingo Saturday, the Zanu PF leader claimed that doctors and nurses had been put on standby as part of preparations for the demonstration which was called by the Zimbabwe Congress of Trade Unions (ZCTU).

Government blames the opposition MDC party and what it describes as regime change NGOs for the three-day stay away protest which shut down business and normal activities across nationwide.

According to a report in the government-controlled Sunday Mail; Mnangagwa doctors who assisted victims of the security services crackdown would be rounded up.

" ... in areas like Bulawayo, people were moving around telling others that you must engage in violence and anyone who gets arrested will have legal representations and there are lawyers waiting to assist," Mnangagwa reportedly said.

They were saying there are doctors waiting to treat those that get injured. We are going after those doctors and nurses."

Investigations would also target NGOs the government accuses of helping organise the protests.

"We saw that the ... violence that was organised by the MDC-Alliance was being backed by some NGO's.

"So, we are investigating those NGOs that led to the destruction of a lot of properties and looting of businesses," he said.

Deadly violence rocked Harare and Bulawayo mid-January as Zimbabweans took demonstrated against a more than doubling of fuel prices announced by Mnangagwa as well as the economic meltdown which has worsened since the disputed 2018 elections.

Mnangagwa was touring Eurasia when the government responded by unleashing lethal force against the protestors resulting in around a dozen people being killed while, according to rights groups more than 70 suffered gunshot wounds.

More than a thousand people were subsequently arrested with human rights groups also accusing the military of widespread sexual violence during the crackdown.

Vice president Constantino Chiwenga, who was acting in Mnangagwa stead at the time, was thought to have been behind the military deployment against protestors.

However, Mnangagwa appeared to admit Saturday it was his decision.

Already former coloniser Britain has warned that it will not back Zimbabwe's application to re-join the commonwealth while the European Union (EU) warned that sanctions which were suspended three years ago would be reactivated.

The United States (US) has also increased pressure on the Harare regime, calling for dialogue mediated by a neutral party between Mnangagwa and his MDC rival Nelson Chamisa.