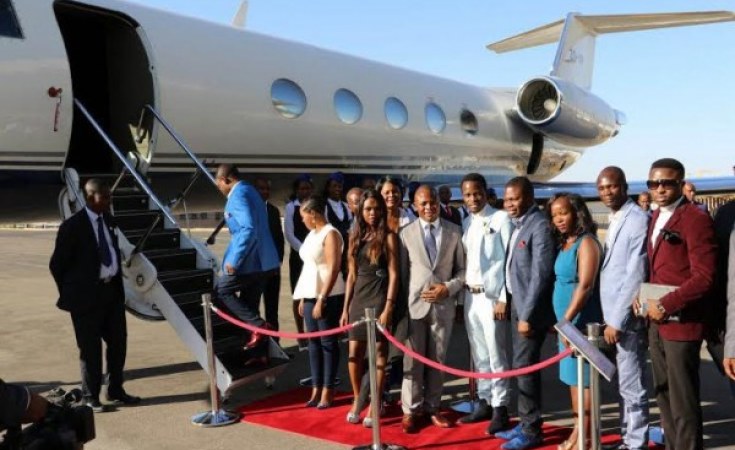 Self-proclaimed prophet Shepherd Bushiri's multimillion-rand private jet has been attached by the Asset Forfeiture Unit (AFU) - part of the National Prosecuting Authority (NPA) - amid allegations that he fabricated loan agreement papers to acquire it.

News24 has seen two affidavits - one from a detective colonel attached to the Hawks and one from the South African Reserve Bank (SARB) - detailing how cash was used to pay for the jet.

Earlier this month, Bushiri and his wife Mary were charged with fraud, money laundering and the contravention of exchange control regulations.

They have been released on R100 000 bail each and are expected to appear in court again on May 10.

Hawks spokesperson Hangwani Mulaudzi told News24 that a preservation order was served on Bushiri on February 6 at the Pretoria Specialised Commercial Crimes Court.

"He has 14 days [from February 6] to enter an appearance if he intends to oppose the application for forfeiture.

Mulaudizi said the Hawks' investigation was at a "very sensitive stage".

"There is a lot that we gained and we would not want to jeopardise the co-operation we have with the witnesses. We continue to receive magnitudes of information. We have a strong case with the current matter in court," he said.

The NPA confirmed the preservation order but declined to comment.

An affidavit deposed to by a Hawks investigator - which News24 has seen - states that Bushiri purchased the aircraft for $1,25m in November 2015.

However, last year, SARB investigators assisted the Hawks to probe the purchase of the aircraft.

According to investigators, Bushiri alleged that funds he used to secure the aircraft were obtained from a loan for $1,25m from Joint Aviation Resources LLC (JAR) and that he paid the money back.

An investigator from SARB then requested bank statements. But he was unable to trace any transactions that matched the amount.

It was then concluded that Bushiri might have provided false information to the department about how he obtained the funds.

But in his affidavit, Bushiri disputed the allegations.

He maintained that the reports were not only factually untrue but they were also "malicious as they are intended and designed to tarnish my good image".

"I have never exported funds (except for the nominal amounts admissible in terms of the foreign exchange control) or gold from the Republic.

"All the relevant times when I travel from the Republic, the South African Police and immigration authorities conducted a thorough check on my person and all those accompanying me, which in itself would negate any export of funds or gold in that sense," he said in the affidavit.

Bushiri added that his ministry acquired the Gulfstream from the National Airways Corporation at a price of $1,25m. He said the funds for the payment of the aircraft were secured by a loan from Joint Aviation Resources.

"The ministry repaid the funds in South Africa to [JAR]. The source of the repayment of the loan to JAR was church donations to the ministry. JAR will be in a position to provide proof that it was fully paid," he said.

She alleged that she had never seen the loan agreement and did not have any knowledge of such an agreement.

The signature on the agreement indicates a possible resemblance to that of her husband, who resigned from his directorship in 2017.

Kruger stated in her affidavit that JAR was neither authorised nor permitted to deal in US dollars or any foreign currency.

"The receipts are false as JAR [does] not issue receipts at all. JAR only issues invoices to customers," she told investigators.

According to Kruger, the company never received the payments as indicated on the receipts. She also stated that she had never met Bushiri and that JAR didn't do any business with him.

Kruger's husband, Henry, also told investigators that he did not recognise the loan agreement.

"I also dispute my signature on the said document. The receipts shown to me are also fabricated as JAR do not issue such documents," Henry said in his affidavit.

Investigators concluded that it was evident that Bushiri "intentionally and falsely presented" to the SARB that the money he used to buy the aircraft originated from JAR.

The investigator in the matter said although he was not a handwriting expert, he compared Kruger's signature as reflected on the purported loan agreement with his signature on his affidavit.

"It is evident that on the face of it, these signatures differ," reads the affidavit.

"In addition, both Sabine and Kruger confirm that the receipts provided by Bushiri to create the impression that the loan amount was repaid to JAR are false. JAR does not issue receipts at all. JAR only issues invoices to customers.

"It is evident that in an attempt to explain the origin of the funds, the loan agreement was fabricated. It is submitted that the aircraft was bought under highly questionable circumstances."

Bushiri Details What Happened on Night of Deadly Stampede 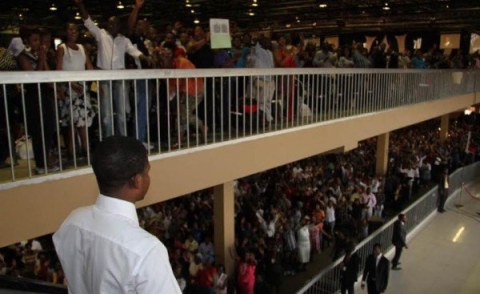 Bushiri's Maize Program to Feed Needy Malawians
Tagged:
Copyright © 2019 News24Wire. All rights reserved. Distributed by AllAfrica Global Media (allAfrica.com). To contact the copyright holder directly for corrections — or for permission to republish or make other authorized use of this material, click here.