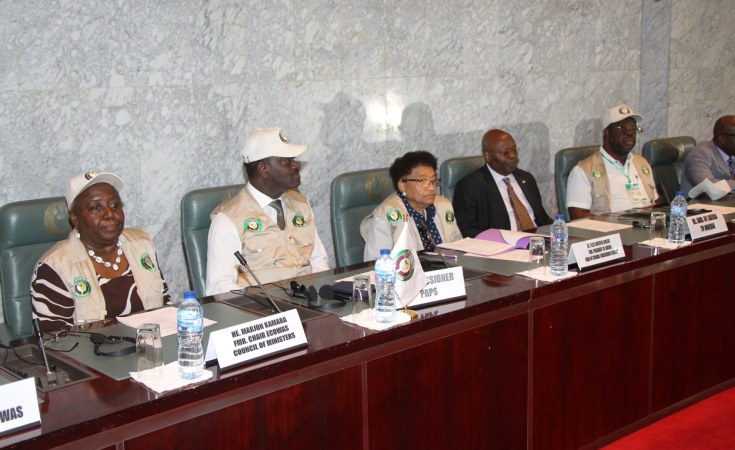 Abuja — The Head of the ECOWAS Election Observation Mission (EOM) to Nigeria Mrs. Ellen Johnson-Sirleaf as well as heads of other international election observation missions and the United Nations to Nigeria have expressed confidence in the conduct of successful polls in the wake of the postponement of the elections.

A release from the Liberian Embassy recalls the last-minute postponement by a week of the general elections by the Independent National Election Commission (INEC) of Nigeria due to "logistical and operational challenges".

The Presidential and National Assembly Elections, initially scheduled for Saturday, February 16, 2019, have been postponed to Saturday, February 23, 2019 while the Governorship and State House Assemblies’ elections slated for March 2, 2019 were also shifted to March 9, 2019.

While taking note of the postponement, the heads of the international election observation missions and the UN present in Nigeria encouraged all Nigerians to continue to remain calm and supportive of the electoral process as INEC works to implement its new timeline.

"As we continue to closely observe preparations across the country, we stand in solidarity with the people of Nigeria in their desire for credible and peaceful elections", the heads of the international election observation missions remarked in a joint-statement issued in Abuja, Saturday, February 16, 2019.

They then urged INEC to use the time to finalize all preparations and ensure that the new election dates are strictly adhered to: "We encourage INEC to provide regular updates and information to the public on its preparedness in the coming days and weeks to enhance confidence and trust in the process", the release further quotes the joint-statement as saying.

The joint- statement was signed by Former President of Liberia, Mrs. Ellen Johnson Sirleaf, for the ECOWAS Election Observation Mission; Former Prime Minister of Ethiopia, Hailemariam Desalegn, for the African Union Election Observation Mission, and Former President of the United Republic of Tanzania, Jakaya Kikwete, for the Commonwealth Observer Group and Director of African Political Affairs, Boubakar Adamou, for the Organisation of Islamic Cooperation.

According to the release, the former Liberian President made the remarks at a briefing for the observers at the ECOWAS Commission Headquarters in Abuja on Thursday, February 14, 2019.

She stated that although the elections are coming on the heels of nagging security challenges and tensed political environment, the exercise "not only constitutes an impetus in consolidating democracy in the most populous nation in Africa, but the outcome will also, to a large extent, impact on the socio-economic, political and security order of the region, given Nigeria’s strategic position and influence", the release concludes.