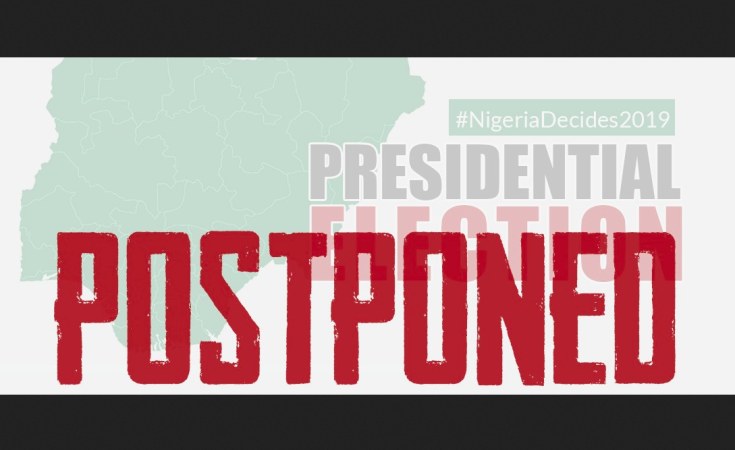 The UK Government has urged Nigerians to be patient and support the democratic process following the postponement of the general elections by the Independent National Electoral Commission (INEC).

In a statement in Abuja on Saturday, the British High Commissioner to Nigeria, Catriona Laing, said Britain recognised the frustrations of Nigerians and urged them to vote on the re-scheduled dates.

"The British High Commission supports the joint statement made by the heads of the international observer missions on the postponement of the 2019 Nigerian elections.

"We recognise the frustrations of many Nigerians, including those involved in the delivery, supervision and observation of the election and those who travelled considerable distances to exercise their democratic right to vote.

"We urge the Nigerian people to come out to vote next weekend in the re-scheduled elections."

Mr Laing also urged political parties to exercise moderation and to preserve an atmosphere of peace and calm to allow elections to take place in a secure environment.

She also reiterated the High Commission's continued support to Nigeria's democracy and for the 2019 elections "including through redeploying our observer team to be present next weekend."

In its reaction, the U.S. said it fully supports the decision of the heads of ECOWAS and other international missions on the postponement of the election in Nigeria, the country's mission in Nigeria says.

In a statement in Abuja on Saturday, the U.S. Embassy in Nigeria encouraged Nigerians to support the Independent Electoral Commission (INEC) to conduct free, fair, peaceful and credible elections.

"U.S. Embassy fully supports the joint statement by the heads of the ECOWAS and other international election observation missions on the postponement of the Feb.16 Nigerian elections.

"We join in encouraging all Nigerians to ensure a free, fair, peaceful, and credible election by supporting the Independent National Electoral Commission while it finalises electoral preparations this week and by voting in peace together on Feb. 23," it stated.

The heads of the international observation missions in Nigeria had in a statement earlier urged INEC to strictly adhere to the new dates scheduled for the general elections.

The heads of the various missions also called on Nigerians to continue to remain calm and supportive of the electoral process as INEC worked to implement its new timeline.

"We, the heads of the international election observation missions and the UN present in Nigeria, have taken note of the decision of INEC to postpone the 2019 general elections due to logistical and operational challenges.

"We urge INEC to use this time to finalise all preparations and ensure that the new election dates are strictly adhered to."

They encouraged INEC to provide regular updates and information to the public on its preparations in the coming days and weeks to enhance confidence and trust in the process.

They also expressed continued solidarity with Nigerians in their desire for credible and peaceful elections, adding that they would continue to closely observe preparations across the country.

Mohamed Ibn Chambas, the Director of African Political Affairs and the UN Special Representative of the Secretary-General for West Africa and the Sahel as well as Boubakar Adamou of Organisation Islamic Cooperation also attended. (NAN)

Seven Things INEC Should Do Before February 23 - Buhari's Campaign

Fresh Controversy Over Buhari's Order on Stealing Ballot Papers
Tagged:
Copyright © 2019 Premium Times. All rights reserved. Distributed by AllAfrica Global Media (allAfrica.com). To contact the copyright holder directly for corrections — or for permission to republish or make other authorized use of this material, click here.